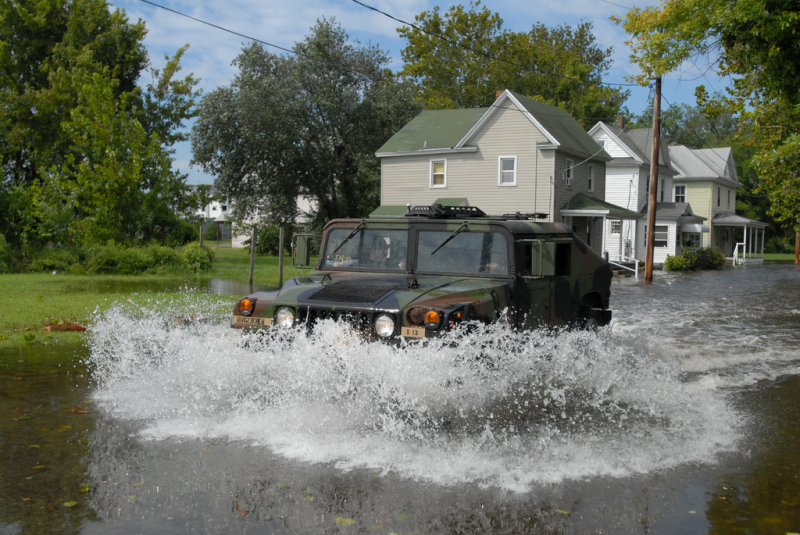 According to a new study released Sunday by the journal Nature Climate Change, sea level rise is expected to affect the U.S. East Coast at a faster rate than the rest of the world. “U.S. Geological Survey scientists call the 600-mile swath [between Cape Hatteras, NC and Boston] a ‘hot spot’ for climbing sea levels caused by global warming,” The Washington Post reported on Sunday. “Along the region, the Atlantic Ocean is rising at an annual rate three times to four times faster than the global average since 1990.”

“Computer models long have projected higher levels along parts of the East Coast because of changes in ocean currents from global warming, but this is the first study to show that’s already happened,” The Washington Post added. “By 2100, scientists and computer models estimate that sea levels globally could rise as much as 3.3 feet. The accelerated rate along the East Coast could add about 8 inches to 11 inches more.”

The new study confirms findings that are well known to some East Coast communities, particularly Norfolk, Virginia, home to the world’s largest naval base. According to a report by The Washington Post last Sunday, Norfolk has spent the last several years battling storm surge made worse by sea level rise. Some have proposed buying up property in flood prone areas of the city to move people back away from the encroaching sea, while spending hundreds of millions of dollars in other parts of the city to build flood walls, tide gates, raised roads and flood pumps to protect critical infrastructure, including the Norfolk naval station.

“Along the southeast coast, other cities in Virginia, Maryland, North Carolina and Florida are monitoring Norfolk’s response to the flooding, knowing they could soon face similar challenges,” The Washington Post reported last Sunday. “Low-lying Gulf and Pacific coast cities are also watching.” The new study from the journal Nature Climate Change should generate some increased sense of urgency and (hopefully) better coordination among vulnerable cities to share climate adaptation strategies.

The new study should also inform regional and state disaster response planning efforts, particularly among state national guards on the East Coast that may be charged with responding to more frequent and intense floods in vulnerable coastal communities. As many states continue make tough budget choices about how to resource their national guards over the next several decades, developing the techniques and providing the assets to respond to coastal inundation may become a greater priority for East Coast states.