“Could the next war be powered by potatoes?”

So wonders Tina Casey in CleanTechnica, commenting on the U.S. military’s efforts to innovate and integrate alternative energy technology into its major systems. The military is making laudable strides to meet alternative energy benchmarks, with proposals underway through DOD’s Small Business Innovation Research grant program to develop bio-batteries and fuel cells that could use a variety of fuel sources, “from sugar to potatoes, vodka or beer.” And while diversifying its sources for energy is essential for the U.S. military to achieve a sustainable and more efficient energy future, DOD should also be aware of the potential consequences of transitioning to alternatives fuels based on food sources. 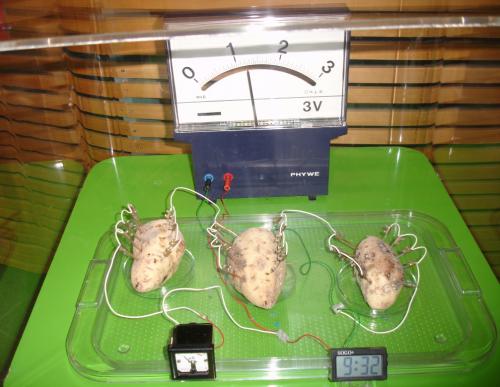 Burgeoning population growth and the shrinking availability of arable farmland have already affected global food prices, sparking turmoil “in some 40 countries between 2005 and 2008…causing fatalities and exacerbating grievances in already precarious states such as Bangladesh, Haiti, Kenya, Mexico, Mozambique, and Pakistan,” as Sharon Burke, vice president for Natural Security here at CNAS, wrote this month. And though food prices have stabilized somewhat since 2008, they are still 24 percent higher than in 2005, and may continue to contribute to domestic tension in some countries already experiencing endemic food insecurity, such as Sudan and Somalia.

An increase in demand for feedstocks to produce bio-batteries and biofuels could contribute to such strains. The Government Accountability Office warned in May that feedstocks used for biofuel production have “raised the price of these commodities and reduced the amount of land available for production of other food commodities,” contributing to food security issues. The United States represents 40 percent of global grain production, while accounting for 55-60 percent of global grain trade. So any significant increase in domestic consumption – say for military bio-batteries – runs the risk of inflating crop prices worldwide, which could exacerbate tensions and spark civil unrest in states experiencing food shortages.

And if one believes that DOD’s demand for food-based feedstocks cannot adversely affect world food issues, just remember that it is the single largest consumer of energy in the United States.

One can just look to Afghanistan and Pakistan – where the U.S. military is already engaged – to see food and land issues contributing to broader security risks for the United States. DOD officials will need to remain cognizant of the linkages these issues have to the energy decisions they make as the Department moves away from its high-carbon energy system.

And even if this project fails to successfully turn out bio-batteries from potatoes and beer, perhaps DOD can find other ways of recycling the leftovers.