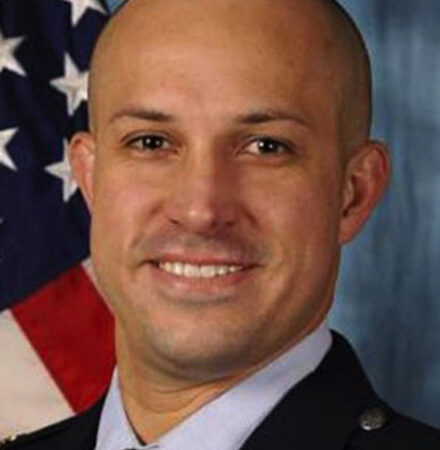 Major Brian T. Stahl is an Operations Program Element Monitor, Global Power Programs, Office of the Assistant Secretary of the Air Force for Acquisition as part of his Intermediate Developmental Education Strategic Policy Fellowship in Washington, D.C. Prior to his fellowship, Major Stahl was an Assistant Director of Operations, 94th Fighter Squadron, one of six F-22 squadrons ready for worldwide deployment. He has a broad background in fighter operations and served in the beddown of the 94th as an F-22 fighter squadron. He has flown over 1,100 total flying hours in the F-22 and F-16CJ.

Major Stahl was commissioned in May 2000 from the United States Air Force Academy. He has served as a fighter squadron chief of life support, activity security manager, assistance chief of weapons and tactics, flight commander, chief of wing standardization and evaluation, and executive officer to the wing commander. He has deployed several times in support of regional security in the Middle East and Asia as part of F-22 Theater Security Packages.

He holds a Masters degree in Aviation and Aerospace Management from Embry Riddle Aeronautical University and a Bachelors Degree in Behavioral Science from the Air Force Academy. He is also a graduate of the United State Air Force’s Air Command and Staff College, a graduate and Commandant’s Leadership Award winner from Squadron Officer School, and a graduate of the Aerospace Basic Course.

He lives with his wife, Alicia, daughters Afton and Emmalin, and son, Wilson, in Annandale, VA.