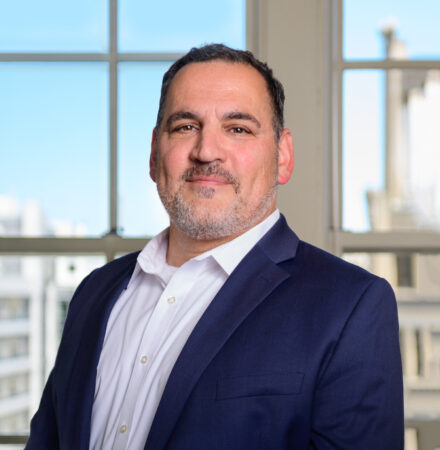 Anthony DeMartino is an Adjunct Senior Fellow in the Defense Program at the Center for a New American Security (CNAS). He is also a founding partner at Pallas Advisors, a national security consulting firm located in Washington, D.C., and has previously served as a civilian appointee at the Department of Defense and a career Army Infantry officer.

Most recently, Tony served as the Deputy Chief of Staff to the Secretary of Defense. He advised the Secretary on a variety of issues, helped develop and coordinate implementation of the Secretary’s three primary lines of effort, and led the Department’s initial talent management search - helping to build the Secretary’s team of senior national security professionals. He regularly provided strategic advice and assistance to senior officials, and focused on the daily operations of the OSD staff and the business reform efforts of the Department. Tony also served as the initial Chief of Staff to the Deputy Secretary of Defense, assisting him during his confirmation process and advising him and other senior Department officials in development of the National Defense Strategy, the Nuclear Posture Review, and development of the Department’s FY 2019 budget request.

Just prior to his time in DoD, Tony served as the managing director and chief operating officer at SBD Advisors, a global strategy and management consulting firm focused on national security policy and innovative technologies.

Before retiring as a Colonel, Tony served as an infantry officer in the United States Army for 24 years, including 5 years in combat in Afghanistan and Iraq. He commanded the 1st Battalion, 506th Infantry Regiment, of the 101st Airborne Division, the famed “Band of Brothers” unit during a year-long combat deployment along Highway One in Afghanistan.

His other assignments in the Army included chief of staff to the Director of the Defense Intelligence Agency, a national war college fellow at the Center for New American Security, Strategic Advisor to the Commander of International Security Assistance Force in Afghanistan (ISAF), and Policy director for the Afghanistan Pakistan team during the lead up to the Afghanistan surge Presidential decision. Tony is the recipient of 5 Bronze Stars, and the Department of Defense’s Distinguished Civilian Service Award, which is the highest civilian award given by Department of Defense.