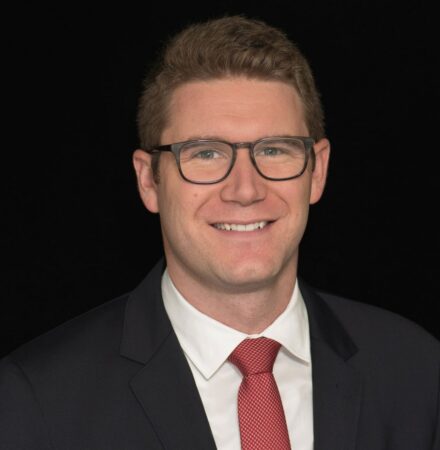 Eric Sayers is an Adjunct Senior Fellow for the Asia-Pacific Security Program at the Center for a New American Security (CNAS).

Previously, Mr. Sayers was a consultant to the Commander’s Action Group at U.S. Pacific Command (PACOM) where he served as Special Assistant to the Commander. In this capacity, he advised Admiral Harry Harris on strategic engagements and special initiatives in the Indo-Pacific theater and Washington D.C.

From 2014-2016, Mr. Sayers served as a Professional Staff Member with the majority staff of the Senate Armed Services Committee where he managed the Asia-Pacific/Pacific Command policy portfolio and advised Chairman John S. McCain on regional security issues. In this position, he led a bipartisan effort to develop the legislation that led to the creation of the Department of Defense’s Southeast Asia Maritime Security Initiative (MSI). During his time on the Committee he also staffed numerous Congressional Delegation (CODEL) trips to the Indo-Pacific region, including Japan, the Republic of Korea, Taiwan, Vietnam, and Singapore.

Prior to working on the SASC, he served as Defense Policy Advisor to Congressman J. Randy Forbes (R-VA) from 2011-2014. In this capacity, he led Rep. Forbes’ personal office national security and defense policy duties related to his work as Chairman of the House Armed Services Readiness Subcommittee (2011-2012) and Seapower and Projection Forces Subcommittee (2013-2014). In 2013-2014, he helped Rep. Forbes formulate and lead the HASC’s bipartisan Asia-Pacific Oversight Series, a House Armed Services Committee initiative that included the introduction of the Asia-Pacific Region Priority Act (H.R. 4495). The contents of this bill were included in the National Defense Authorization Act for 2015 and led to the creation of the Department of Defense’s “Asia-Pacific Maritime Security Strategy” in 2015. In recognition of his legislative service to Rep. Forbes, in 2015 he received the Association of the United States Navy’s (AUSN) National Legislation Proponent Award

Before working on Capitol Hill, Mr. Sayers was a resident Sasakawa Peace Foundation Fellow at the Pacific Forum CSIS where his research focused on the U.S.-Japan alliance and maritime security and naval strategy in Asia. As part of this research effort, he spent 9 months traveling throughout Japan, China, the Philippines, Vietnam, Thailand, Malaysia, and Singapore.

He began his Washington career as a National Security Research Assistant at The Heritage Foundation.

Mr. Sayers has published in numerous outlets, including War on the Rocks, Joint Forces Quarterly, the Naval War College Review, Defense News, The Diplomat, The Weekly Standard, The National Review, and the U.S. Naval Institute’s Proceedings Magazine. He has guest-lectured at Georgetown University and participated on public panels at the The Naval War College, International Institute for Strategic Studies (IISS), American Enterprise Institute (AEI), Project 2049 Institute, and The Heritage Foundation.

In 2013, He was selected for the Next Generation National Security Leader fellowship at the Center for a New American Security. He is a term-member of the Council on Foreign Relations.

Mr. Sayers holds an M.Sc. in Strategic Studies from the S. Rajaratnam School of International Studies (RSIS) in Singapore and an M.A. and B.A. in Political Science from The University of Western Ontario.