A recent Pew Research Poll made clear that publics in East Asia are increasingly uneasy about the destabilizing effects of China’s maritime assertiveness. Among the eight countries surveyed—including China, Indonesia, Japan, Malaysia, Philippines, South Korea, Thailand, Vietnam—majorities in each country said they were concerned that territorial disputes between China and its neighboring countries could lead to a military conflict.

Though difficult to poll with similar fidelity, there is little question that governments in the region are at least as concerned as their publics and have already begun taking measures to prepare for, and if necessary defend against, further Chinese attempts at economic, military and diplomatic coercion.

Strategies for responding to Chinese assertiveness certainly differ from capital to capital, but all can be characterized as portfolio strategies that simultaneously pursue multiple avenues to deal with a country that has overwhelming advantages in size and wealth.

The principal elements of these portfolio strategies include the following: 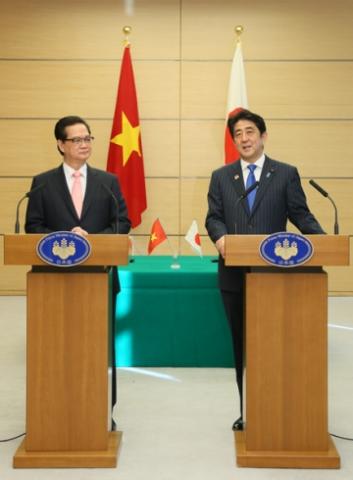 1. Military modernization: Countries throughout the region are stepping up efforts to develop their militaries in ways that reflect growing concerns about Chinese assertiveness, as underscored by the Pew survey. Given rapid military modernization in China, a number of countries are garnering asymmetric capabilities to deal with China’s overall military advantage, as exemplified by Vietnam’s acquisition of six Kilo-class submarines from Russia. Japan is meanwhile developing greater amphibious capabilities to defend “remote islands” like the Senkakus.

2. Enhanced cooperation with the United States: U.S. allies and partners are moving to deepen security cooperation with the United States in order to supplement weaker, and in some instances nonexistent, capabilities. Countries on the frontlines of China’s territorial disputes—including Japan, Malaysia, the Philippines and Vietnam—have all reached out to Washington in recent years for stronger military ties.

3. Intra-Asian security partnerships: A critical trend in the Asian security landscape is the rise of bilateral security ties within the region. Given combined concerns about the rise of China and the durability of the U.S. commitment to the region, countries are increasingly working together on building capacity and developing joint strategies to manage the China challenge. Such efforts include Japan’s outreach to the Philippines, Australia and Vietnam, as well as among the South China Sea claimants—particularly Malaysia, Philippines and Vietnam—meeting more frequently to coordinate and devise joint responses. CNAS research has described how these intra-Asian cooperative arrangements are on balance beneficial to U.S. interests and regional stability.

4. Regional institutions and international law: Smaller ASEAN countries have at times appeared to internalize the mantra of “hang together or hang alone.” The point being that only as a collective can Southeast Asian states have sufficient economic and political heft to deal on equal terms with Beijing. Similarly, the Philippines has sought multilateral arbitration mechanisms in an attempt to move its maritime disputes with China from a deeply asymmetric bilateral dynamic to one that implicates international law and the international community.

5. Engagement with China: Despite deep concerns about the potential for China to use coercive measures to settle political disputes, it is also the case that countries in the region, largely for economic reasons, are striving for stable, if not positive, relations with Beijing. This reflects the reality that, unlike the United States who can come and go as it pleases, China will remain a geographic reality in Asia. The result is that engagement with China has been a key feature of most Asian countries’ efforts to manage their concerns about China’s rise.

While none of these approaches is, in and of itself, likely sufficient to shape China’s behavior, multifaceted portfolio strategies may harbor the potential to contribute to a more stable and peaceful region.