Security scholarship underwent a well-known and tumultuous phase of introspection in the late eighties and early nineties, brought on by a fundamental restructuring of the international order. Out of the post-Cold War period came a discourse on the proper place of the environment in calculations of national security, and from that first wave of environmental security literature comes the conceptual framework behind the Natural Security Program. In due deference, today’s edition of Reading Old Magazines looks back to consider the two sides of that turn-of-the-last-decade debate as represented by Jessica Tuchman Mathews’s “Redefining Security” and Daniel Deudney’s “The Case against Linking Environmental Degradation and National Security.” 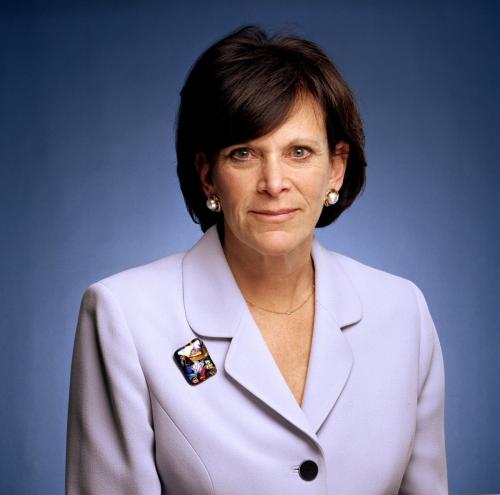 Standing in the corner of security revisionism was Mathews, whose 1989 article is perhaps still the best known work in its camp. At the time Mathews held the top post at the World Resources Institute (after serving as a foreign policy practitioner on the National Security Council), and from her premise of economic-cum-national security, she delineated the manifold environmental problems that could destabilize domestic and international business as usual and explained the possible implications for national and global security.

The linkages, she claimed, were not too hard to imagine. Deforestation could lead to biodiversity loss and soil degradation, begetting agricultural underperformance and, in turn, economic and political instability. But environmental degradation has an international dimension too, Mathews wrote, citing the growing body of evidence testifying to “mankind’s new ability to alter the environment on a planetary scale.” Here, Mathews referenced global climate change as an agent of destabilization in the system, akin to the advent of a rising power on the world stage or the proliferation of nuclear weapons technology.

Historically, the abundance of natural resources relative to human need created a false distinction between ideas of environmental and national security, but no longer. The impact of contemporary consumption demands exposed their interrelation. Mathews, then, called for a wholesale reconceptualization of national security. To address the changing threat profile, Mathews urged the United States to adopt more nature-sensitive measurements of national economic health; use new, more inclusive models of economic risk; lead the charge on negotiations on the environment; and pursue institutional change at both the State Department and the United Nations. 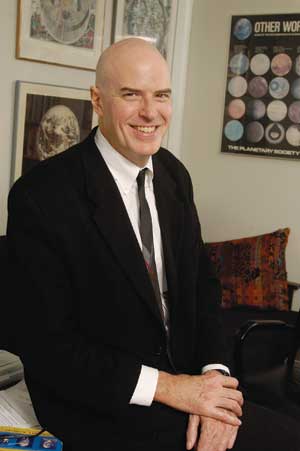 On the opposite side of the ring stood Deudney (an international relations scholar and then a Hewlett Fellow at Princeton), who rejected the incorporation of environmental concerns into the definitional framework of national security. He saw the conceptual conflation as logically flawed and potentially hazardous to both the environmental movement and national defense. Instead, Deudney suggested a return to the classical definition: “national-security-from-violence.”

Deudney claimed that features of the modern world system effectively eliminate the potential for interstate resource war. Global trade is now too robust, territorial conquest is too outmoded, and goods are too substitutable to entertain the notion. Instead, Deudney feared overcompensation on the part of the United States, envisioning scenarios in which the U.S. military intervened unilaterally in other countries for the sake of promoting the global environmental good.

But Deudney’s proposed generalizations about the state of global affairs deserve careful scrutiny.  First, the world has most definitely not entered what he calls an “age of substitutability.” As this blog regularly reports, the minerals, fuels, resources, and materials critical to today’s defense (and civilian) technologies often cannot easily be swapped for others, and demand for these non-substitutable resources is likely only to rise as the military’s transition into the information age yet unfolds. Granted, while rights to indium mines might not spark interstate or even civil war, a constrained global indium supply could inhibit U.S. ability to operate intelligence systems, which is surely a U.S. national security concern even by Deudney’s restrictive standard. Second, though Deudney frets about the idea of the United States intervening militarily in response to environmental grievances, his worries should be assuaged by the national and international mood surrounding preventive war. The Second Iraq War has soured Americans and others against the prospect of wars of prevention. Military intervention now stands as an option of last resort (when entertained at all) in dealing with challenges as serious as the pursuit of nuclear weapons programs, much less when confronting charges of rampant pollution or excessive deforestation.

But Deudney’s argument could be flawed at a deeper level. Consider that Deudney assumes that states will, forever and always, be best served by a definition of national security focused on the risks of “organized violence.” This assumption should not go unquestioned. In the twenty intervening years since his writing, the importance of the environment to national and international politics has only grown, in part because evidence of the effects of environmental degradation has grown, too. Indeed, the question of what to do about confronting global climate change was a central issue in the 2008 U.S. presidential campaign and is now a core goal of the President’s foreign policy.

In that light, Mathews’s proposed revision of the environment-national security relationship makes more sense. The impacts of natural resource consumption and overconsumption have become increasingly clear, meriting heightened attention to national dependencies and their future implications.

An environmental revision to the definitional framework of national security has been long in the making and is far from over. Twenty-five years before the Mathews-Deudney debate in his Foreign Affairs article “The Legitimate Claims of National Security,” Maxwell Taylor proposed an expansion of the National Security Council, amending it to include experts on the “environmental factors of such critical importance to [U.S.] security.” In the time since Deudney and Mathews’ wrote, security scholars have continued wrestle with what to include under the purview of national security. The consensus, though, has seemed to weigh in the favor of revisionism. Thomas Schelling, Nobel laureate and renowned student of security has called “global climate change…what nuclear arms control was for the last half century.” His endorsement is no superficial one—Schelling won his Nobel Prize in economics for proposing a game-theory approach to interstate conflict and nuclear arms control.

If the institutional operating milieu of the Department of Defense is any measure, the environment has indeed gained stature as an issue of national security. Congress and the Executive Branch have increasingly required the broader security community to incorporate environmental concerns into strategy projections and the everyday operations of the DOD. That the government itself seems to be defining national defense and security to include environmental issues is strong evidence that, in the case of Mathews versus Deudney, Mathews won.

But this journey never really ends: the definition of national security is not, and should not, remain stagnant.  Instead, it should evolve over time in proportion to the array of threats that face our nation.