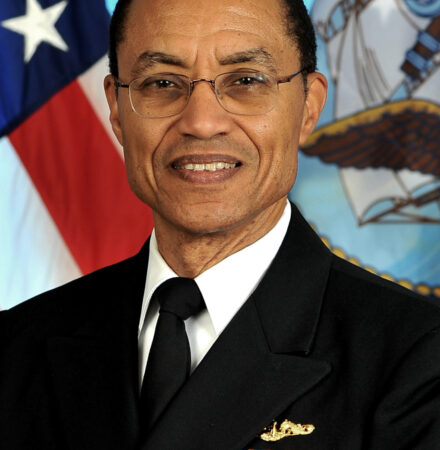 Before retiring from the United States Navy, Admiral Cecil Haney, served as Commander U.S. Strategic Command (USSTRATCOM), one of nine Unified Commands under the Department of Defense. USSTRATCOM is responsible for the global command and control of U.S. strategic forces to meet decisive national security objectives involving nuclear forces, missile defense, space, cyberspace, and electronic warfare. Before taking command at USSTRATCOM, he served as commander of the U.S. Pacific Fleet. responsible for the operations and readiness of the US Navy fleet located in the Pacific and Indian oceans and as the Deputy Commander of USSTRATCOM. His career as a submariner included a variety of operational and command assignments at sea and ashore. He also served as a member of the Congressionally mandated Military Leadership Diversity Commission that produced a detailed report in 2011 and recommendations for improvement.

Among many other decorations, Admiral Haney received the Navy Distinguished Service medal, the Defense Superior Service medal, the Legion of Merit, the Navy Commendation Medal, and the Navy Achievement Medal. He was the 1998 Vice Adm. James Bond Stockdale Leadership Award recipient while in command of the fast attack submarine USS Honolulu. He received Masters’ degrees in National Security Strategy from National Defense University and in Engineering Acoustics and in System Technology from the Naval Post Graduate School. He is a 1978 graduate of the U.S. Naval Academy.

In retirement, Admiral Haney serves on the John Hopkins University Applied Physics Board of Managers and as a co-chair for the China-US Dialogue on Strategic Nuclear Dynamics for the Pacific Forum of the Center for Strategic and International Studies.