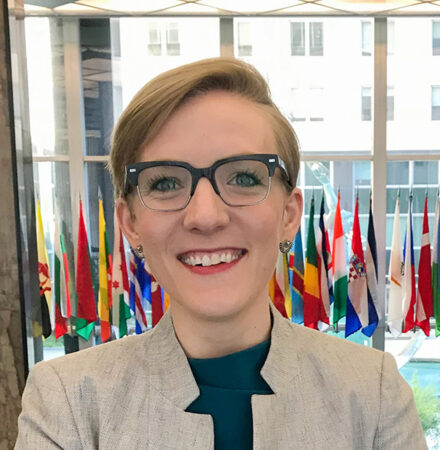 Alicia Romano is a Foreign Affairs Officer at the U.S. Department of State. She is currently on detail to U.S. Embassy London, working on Russia. Prior to her current role, she worked in the Office of Russian Affairs where she led efforts to counter Russian malign influence within the Department and interagency. In this role she was tapped by Department leadership to lead interagency teams to drive action on key policy priorities. Prior to this role, she served as a Special Assistant to the Under Secretary of State for Political Affairs Thomas A. Shannon Jr.; in this position, she worked on issues related to international organizations, Europe, and international security and arms control. Previously, she was the Department of State lead for the G-7 Foreign Ministers Track, coordinating U.S. foreign policy priorities for the forum and negotiating joint statements on behalf of the Department. She has also worked on EU economic issues, including at the U.S. Embassy in the Hague, Netherlands. She began her career as a Presidential Management Fellow at the U.S. Department of Energy.

Alicia has received numerous Department of State and interagency awards. She holds a M.A. from Johns Hopkins School of Advanced International Studies in European Studies and International Economics and a B.A. from University of North Carolina at Chapel Hill Honors College. Alicia is a native of Washington, D.C. and an avid Washington Nationals fan.