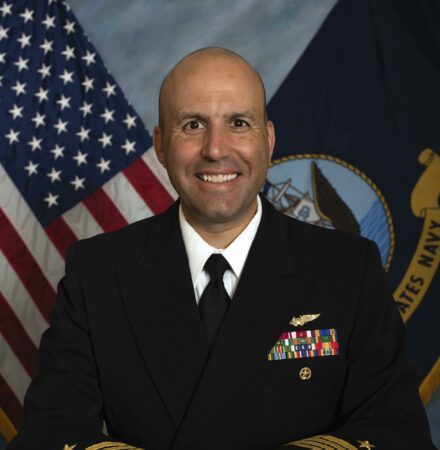 CAPT Mike Martinez is a Former Senior Military Fellow at the Center for a New American Security. He is a native of Kansas. He graduated from Texas A&M University with a Bachelor of Science and was commissioned through the Naval ROTC program in 1998. He also attended the Naval War College in Newport, Rhode Island where he earned a master’s in national security and strategic studies.

Designated a Naval Flight Officer (NFO) in July of 1999 and following P-3C training, he began his first flying tour with the Skinny Dragons of Patrol Squadron (VP) 4. Subsequent operational tours include the Fuels Division and Catapult and Arresting Gear Officer on USS Theodore Roosevelt (CVN 71) and a department head tour in VP-4. Upon completion of P-8A training, he commanded VP-16.