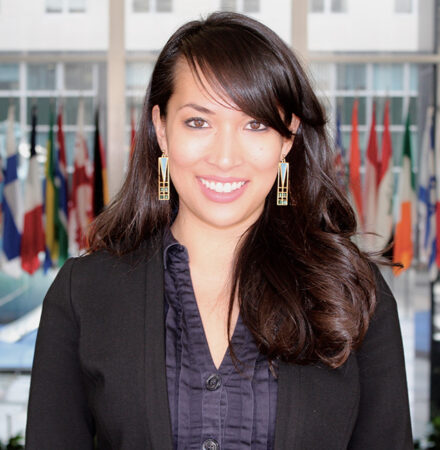 Christina Le is a career Foreign Service Officer with the U.S. Department of State.  In her current position as the Special Assistant to the Assistant Secretary of State for the Bureau of Intelligence and Research (INR), she supports the coordination between Department of State policymakers and the Intelligence Community to ensure intelligence supports U.S. foreign policy.  Ms. Le also currently serves as the President of the Asian American Foreign Affairs Association (AAFAA), an organization with the mission to improve the recruitment, outreach, and professional development of Asian American and Pacific Islanders in foreign affairs agencies.

In her previous role as the Philippines Desk Officer, Ms. Le advised principals and led the development and implementation of political-military policies related to the South China Sea, security cooperation and assistance, and U.S. military access negotiations.  In her overseas assignments, she oversaw human rights reporting and related public diplomacy efforts at the U.S. Embassy in Athens, Greece, and analyzed the impacts of narcotics trafficking and crime on economic growth, investment, trade, and migration at the U.S. Consulate General in Monterrey, Mexico.

Prior to her career as a diplomat, Ms. Le held research positions at a D.C.-based microfinance non-profit organization and at the University of Chicago's Harris Graduate School of Public Policy, and served as a Peace Corps Volunteer in Kyrgyzstan.  She has received numerous Department of State awards, and is a 2016 alumna of the International Career Advancement Program (ICAP).  She graduated with honors from the University of Chicago with degrees in Political Science and International Studies.  Ms. Le speaks Vietnamese, Spanish, Greek, and Kyrgyz.