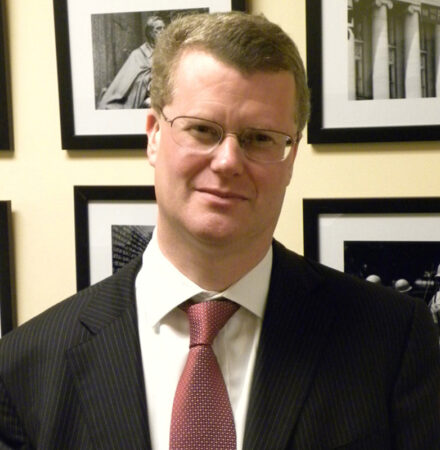 David Asher is a former Adjunct Senior Fellow at the Center for a New American Security (CNAS), where he specialized in Economics and Security as well as Asia strategy. His current research is focused on artificial intelligence and the future of warfare.

Asher is well known as one of the most experienced subject matter experts to the U.S. Government on countering money laundering, terrorism financing and sanctions evasion schemes. Over the last 25 years he has played a senior role in numerous economic and financial pressure campaigns involving defiant states, terrorist organizations, drug cartels, and weapons proliferation networks. From 2001 to 2005, Asher was the special coordinator of the State Department’s North Korea Working Group (under the Secretary of State), co-chair of the North Korea Activities Group policy coordinating committee for the National Security Council, and U.S. delegation adviser to the Six Party Talks. During the Bush administration, Asher developed and oversaw the global targeting and disruption of the Kim Jong Il regime’s financial, illicit trading and WMD networks. Asher was the strategic architect of the September 2005 designation of Banco Delta Asia in Macao and the February 2011 designation of the Lebanese Canadian Bank, both under Section 311 of the USA Patriot Act. From 2008-2010 he advised the Deputy Commander, US CENTCOM, General John Allen, on Iran and the Levant as well counter-proliferation and counter terrorism. From 2011-2014, he served as a senior advisor to the US Special Operations Command for counter threat finance and counter network operations. From October 2014-August 2015 Asher returned to the Department of State where he led the development of the USG and coalition economic Warfare Campaign Strategy against the Islamic State under the Presidential Special Envoy, General (ret.) John Allen.

Asher is the principal author of the CNAS report, Pressure: Coercive Economic Statecraft and U.S. National Security and co-author of Pushback: Countering the Iran Action Network (written with Scott Modell). Asher has a Ph.D in International Relations from Oxford University and was a College Scholar at Cornell University as an Undergraduate. He has over two decades of experience working in the international financial community and currently advises two of the largest global hedge funds. He also a Senior Corporate Advisor at SparkCognition and Chairman of Sayari Analytics. He is fluent in Japanese