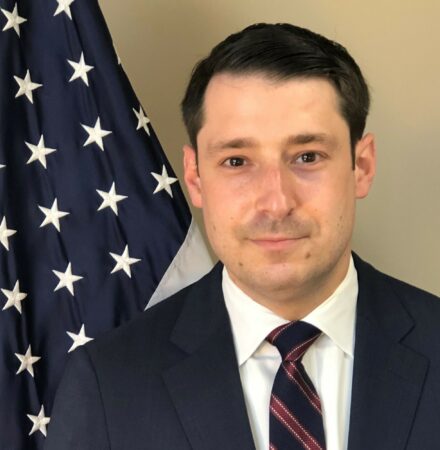 David Feith served as U.S. Deputy Assistant Secretary of State for East Asian and Pacific Affairs. Before that, he was an editorial writer for The Wall Street Journal in Hong Kong.

At the Department of State from 2017 to 2021, David helped create the U.S. Indo-Pacific Strategy and reorient U.S. policy toward China and Asia generally. As Deputy Assistant Secretary in the Bureau of East Asian and Pacific Affairs, he oversaw the Offices of Multilateral Affairs and Regional and Security Policy, with responsibility for South China Sea policy, relations with the 10-country Association of Southeast Asian Nations (ASEAN), security cooperation, foreign assistance programming, and budgeting. He regularly represented the State Department in the interagency policy process, official multilateral forums, and other international meetings.

From 2017 to 2019, David served as a member of the Secretary of State’s Policy Planning Staff, advising on relations with China and countries across the Indo-Pacific region, for which he received a Superior Honor Award. In this capacity he helped launch the Indo-Pacific Business Forum and establish a range of initiatives focused on great-power competition, strengthening alliances and partnerships, and commercial diplomacy.

At The Wall Street Journal, David was based in Hong Kong from 2013 to 2017, writing editorials on Asian economic and political affairs, and was earlier an op-ed editor for three years in New York. He also worked as an assistant editor at Foreign Affairs magazine.

David has consulted for the U.S. Air Force and published a book entitled Teaching America: The Case for Civic Education. He has a B.A. in history from Columbia University.