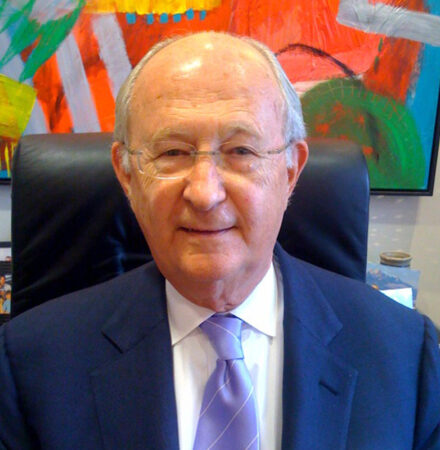 David J. Hogan is the non-executive Chairman of Mannheim LLC, a private, international investment company based in New York. Previously, he was the Senior Managing Director of the firm since 2001. Prior to joining Mannheim LLC in 2001, Mr. Hogan had a career of over 30 years in Investment Banking and Merchant Banking. During that time Mr. Hogan held executive positions with Citigroup, Saudi International Bank (then an affiliate of J.P. Morgan) and the Gefinor Group.

Mr. Hogan lived in Geneva for over four years while with the Gefinor Group. He has travelled extensively to the Middle East, primarily Saudi Arabia for 13 years while with Saudi International Bank, where he was the Senior Executive for North America and a member of the Management Committee and with The Gefinor Group, a Geneva based Merchant Bank with offices in London, Paris and New York. While at Citigroup, Mr. Hogan was Vice-President and Head of Citicorp Treasury Planning and Analysis and Secretary to the Asset and Liability Management Committee. In his last two years at Citigroup, Mr. Hogan was Vice-President and Area Manager, Citicorp Investment Bank.

Mr. Hogan’s interests include current events, geopolitics, the performing arts and sports. He is a season ticket holder at West Point for Army football and a subscriber to the New York City Ballet, The Metropolitan Opera and The Roundabout Theatre. Mr. Hogan is an avid reader of history and biographies.

A native of Pittsburgh, Mr. Hogan graduated from Juniata College with a BA degree in Economics. He is married to the former Patricia Liberatore. They have three sons, seven grandsons and one granddaughter.