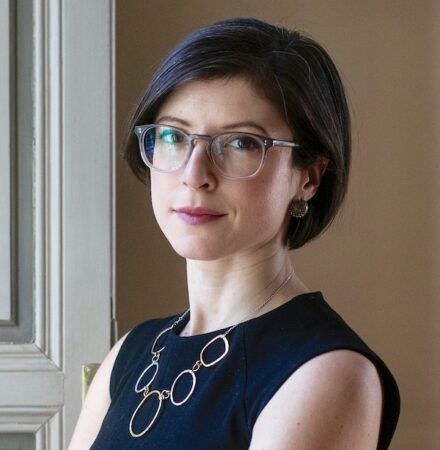 Dr. Polyakova is a recognized expert on transatlantic relations with over a decade of leadership experience and deep expertise on European politics, Russian foreign policy, and digital technologies. Before joining CEPA, she was the Founding Director for Global Democracy and Emerging Technology at the Brookings Institution. Previously, she served as Director of Research for Europe and Eurasia at the Atlantic Council, where she developed and led the institute’s work on disinformation and Russia.

Dr. Polyakova writes extensively on Russian political warfare, European security, digital authoritarianism, and the implications of emerging technologies to democracies. She is the author of the book, The Dark Side of European Integration, and of a large number of major reports on disinformation and democracy in Europe. She is a frequent contributor to The Washington Post, The New York Times, The Wall Street Journal, Foreign Affairs, and The Atlantic, and commentator in major media outlets, including Fox News, CNN, and BBC.

She has held numerous prestigious fellowships, including at the National Science Foundation, the Woodrow Wilson International Center for Scholars, the Social Science Research Council, and the Fulbright Foundation, among others. She also serves on the board of the Free Russia Foundation and the Institute of Modern Russia and is adjunct professor of European studies at the Johns Hopkins School of Advanced International Studies (SAIS).