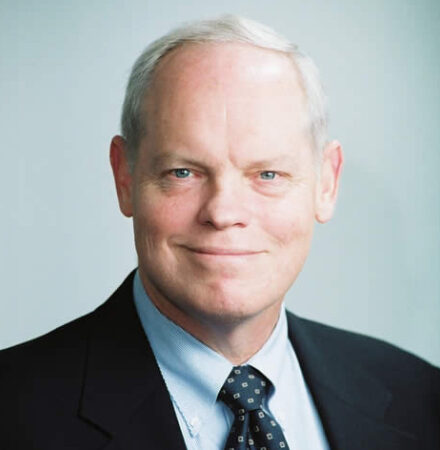 Dr. Andrew F. Krepinevich, Jr. is president and chief operating officer of Solarium LLC, a defense consulting firm. From 1995 to 2016 he served as president of the Center for Strategic and Budgetary Assessments (CSBA), which he founded in 1995. His service at CSBA was preceded by a 21-year career in the U.S. Army.

Dr. Krepinevich has served in the Department of Defense’s Office of Net Assessment, and on the personal staff of three secretaries of defense. He has also served as a member of the National Defense Panel, the Defense Science Board Task Force on Joint Experimentation, and Secretary of Defense Robert Gates’ Defense Policy Board. He currently serves as chairman of the Chief of Naval Operations Executive Panel and on the Advisory Council of Business Executives for National Security.

Dr. Krepinevich has lectured before a wide range of professional and academic audiences, and has served as a consultant for many senior government officials, including several secretaries of defense, as well as all four military services. He has testified frequently before Congress. Dr. Krepinevich has taught on the faculties of West Point, George Mason University, Johns Hopkins University’s School of Advanced International Studies, and Georgetown University.

Dr. Krepinevich’s most recent book is The Last Warrior: Andrew Marshall and the Shaping of Modern Defense Strategy, which he co-authored with Barry Watts. He also authored 7 Deadly Scenarios: A Military Futurist Explores War in the 21st Century Dr. Krepinevich received the Furniss Award for his book, The Army and Vietnam.

Among his more recent articles are “Preserving Primacy: A Defense Strategy for the New Administration” (with Congressman Mac Thornberry); “How to Deter China: The Case for Archipelagic Defense;” “Strategy in a Time of Austerity: Why the Pentagon Should Focus on Assuring Access;” “The Dangers of a Nuclear Iran;” and “The Pentagon’s Wasting Assets,” all published in Foreign Affairs.

A graduate of West Point, Dr. Krepinevich holds an M.P.A. and Ph.D. from Harvard University. He is a member of the Council on Foreign Relations. He is married to the former Julia Ellen Milians. They reside in Leesburg, Virginia, and have three children, Jennifer, Andrew, and Michael, and five grandchildren.