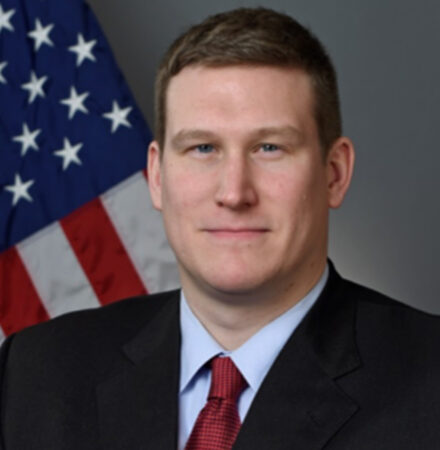 Dr. Chris Bassler is the Director of the Naval Science & Technology Cooperation Program at the Office of Naval Research (ONR). In this capacity, he facilitates and strengthens research relationships with Allies and foreign partners, in order to enhance future naval capabilities and missions. He oversees the development and coordination of all international activities by the Chief of Naval Research and the broader ONR leadership.

Prior to his current assignment, Dr. Bassler held several positions at the Naval Surface Warfare Center, Carderock Division, where he led basic and applied research projects, as well as design studies. He has led studies related to naval platform concept design & development, and technology development & platform integration for sponsors including Office of the Chief of Naval Operations (OPNAV), Naval Sea Systems Command (NAVSEA), ONR, and Office of the Secretary of Defense (OSD). He is a recipient of two Navy Meritorious Civilian Service Awards, from the Secretary of the Navy in 2014, and from the Chief of Naval Research in 2016. In his previous assignments, Dr. Bassler led several collaborative technology projects with Allies and partners, and served as a US representative to several technical forums in NATO, in both the Science & Technology Organisation and the Naval Armaments Group.

Dr. Bassler holds a PhD in Aerospace Engineering, and an M.S. and B.S. in Ocean Engineering from Virginia Tech, a M.A. in Security Policy Studies and Graduate Certificate in Asian Studies from the George Washington University Elliott School of International Affairs, and a Graduate Certificate in Systems Analysis from the Naval Postgraduate School. He lives in Virginia with his wife, Kayleen, and their daughter.