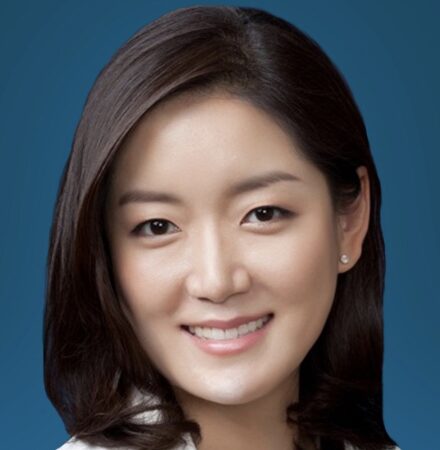 Duyeon Kim, PhD, is an adjunct senior fellow with the Indo-Pacific Security Program at CNAS. Her expertise includes the two Koreas, nuclear nonproliferation, arms control, East Asian relations and geopolitics, U.S. nuclear policy, and security. She is a columnist for the Bulletin of the Atomic Scientists.

Dr. Kim’s writings have appeared in leading publications, including Foreign Affairs and Foreign Policy. She is a frequent media commentator appearing on major networks including CNN, BBC, CBS, and NBC, and she is widely quoted in leading print media including The Washington Post, The New York Times, The Guardian, The Associated Press, Bloomberg, Donga Ilbo, Yonhap News, and The Japan Times.

Dr. Kim serves on the board of directors of the bilateral Korea-America Association and is a member of the Council for Security Cooperation in the Asia Pacific U.S. Committee, the International Nuclear Security Forum, the U.S. National Committee on North Korea, and the Korean Peninsula Future Forum in Seoul.

Dr. Kim was previously senior advisor for Northeast Asia and nuclear policy at the International Crisis Group; an associate in the nuclear policy and Asia programs at the Carnegie Endowment for International Peace; and a senior fellow and deputy director of non-proliferation at the Center for Arms Control and Non-Proliferation in Washington, D.C. In her first career, Dr. Kim was the foreign ministry correspondent and unification ministry correspondent for South Korea’s Arirang TV News as part of the exclusive South Korean press corps covering the Six Party Talks, North Korea, South Korean politics and foreign policy, inter-Korean relations, Northeast Asian relations, U.S. foreign policy, and the United Nations.

Dr. Kim holds a PhD in international relations from Korea University; an MS in foreign service from the Georgetown University School of Foreign Service; and a BA in English/literature from Syracuse University. She has native proficiency in Korean and English.