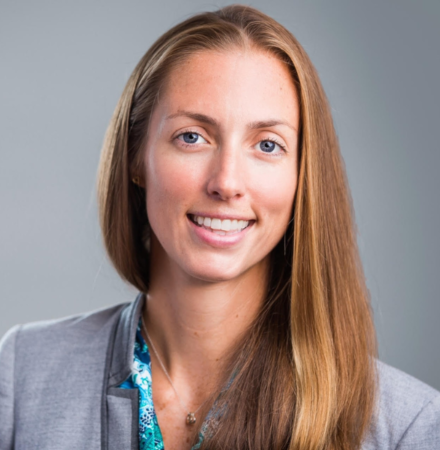 Heather Ichord is a Program Manager in the Human Systems and Energy Portfolios at the Defense Innovation Unit (DIU), focused on developing and accelerating commercial technologies for the Department of Defense.

Heather previously spent more than a decade on active duty as a logistics officer in the United States Marine Corps and joined DIU after working as a consultant at the global management consulting firm McKinsey & Company. She holds expertise in both public and private sector strategy, product development, and support operations. Previously, she served in several educational, recruiting/human resources, and legislative liaison roles.

Heather is an alumna of the United States Naval Academy, where she was a three-time varsity letterwinner on the women’s rowing team. She is also a graduate of the University of North Carolina at Wilmington, Boston University, and the Harvard Kennedy School.

She serves on the Boards of Directors of the Marine Corps Heritage Foundation and Patrol Base Abbate. She lives in greater Boston.