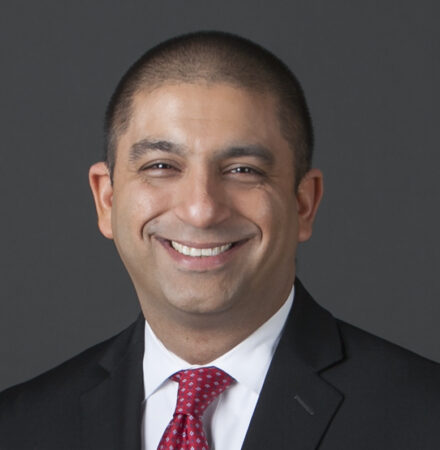 Jamil N. Jaffer is the Founder and Executive Director of the National Security Institute, and an Assistant Professor of Law and Director of the National Security Law & Policy Program at the Antonin Scalia Law School at George Mason University. Jamil is also the Vice President for Strategy, Partnerships & Corporate Development at IronNet Cybersecurity, a technology products startup founded by Gen (ret.) Keith B. Alexander, the former Director of the National Security Agency and Founding Commander of U.S. Cyber Command. In addition, Jamil is an advisor to Beacon Global Strategies, a strategic advisory firm; 4iQ, a deep and dark web intelligence startup; Duco, a technology platform startup that connects corporations with geopolitical and international business experts; and Amber, a digital authentication and verification startup.

Among other things, Jamil currently serves on the Board of Directors for the Greater Washington Board of Trade, the Board of Advisors for the Global Cyber Alliance, and the Advisory Board of the Foundation for the Defense of Democracies’ Center on Cyber and Tech Innovation, and is a member of the Center for a New American Security’s Artificial Intelligence and National Security Task Force and the CNAS Digital Freedom Forum. Jamil is also affiliated with Stanford University’s Center for International Security and Cooperation.

Prior to his current positions, Jamil served on Capitol Hill in a variety of roles, including on the leadership team of the Senate Foreign Relations Committee and as a senior staff member of the House Intelligence Committee. Jamil also previously served in the Bush Administration in a number of positions, including on the leadership team of the Justice Department’s National Security Division and in the White House as an Associate Counsel to President George W. Bush. Jamil also served as a law clerk to Justice Neil M. Gorsuch of the U.S. Supreme Court and Judge Edith H. Jones of the U.S. Court of Appeals for the Fifth Circuit, was a Visiting Fellow at the Hoover Institution from 2016-2019, and holds degrees with honors from UCLA, the University of Chicago Law School, and the United States Naval War College.