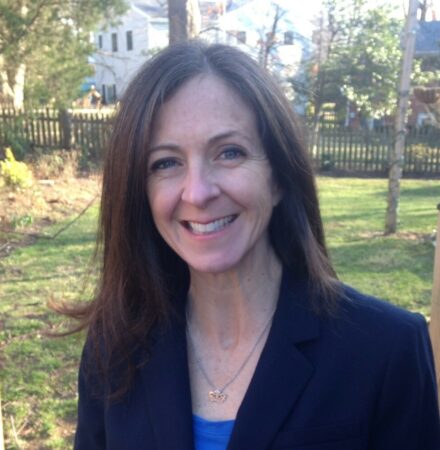 Jeannette Gaudry Haynie, PhD, is a career Marine Corps officer and combat veteran with a PhD in International Relations. A New Orleans native and a U.S. Naval Academy graduate, she is a Cobra attack helicopter pilot by trade. She earned her Master of Arts in Political Science from the University of New Orleans and her Doctorate in International Relations from The George Washington University while serving on the Joint Staff and in the Marine Corps Commandant’s think tank. Dr. Haynie’s academic research focuses on the intersections of gender, leadership, and security, particularly terrorism, extremism, and U.S. military operations. As a Reservist and on active duty, she advised senior leadership on critical and creative thinking for warfighting effectiveness, served as a subject matter expert on the Women, Peace, and Security agenda, and developed the vision and guidance for strategic talent management for warfighting effectiveness. She also conducted independent and original research on gender, warfighting, and critical/creative thinking for the Commandant and Assistant Commandant of the Marine Corps.

Dr. Haynie has taught courses in Gender and Conflict and International Relations at The George Washington University and Quantitative Methods through Tulane University’s Disaster Resilience Leadership Academy. She served as Senior Fellow at the nonprofit Women in International Security, where she conducted research into the gender dimensions of security phenomena, and she has given talks on leadership at Tulane University, Loyola University, the U.S. Naval Academy, and other venues. Along with her husband, a fellow Marine Corps officer, she founded and leads a youth leadership program built upon Marine Corps leadership principles. Dr. Haynie is a member of the Presidential Leadership Scholars’ Class of 2019, where the roots of the Athena Leadership Project were planted. She is the Founder and Executive Director of Athena, which seeks to elevate the stories of female veterans and conduct research to inform how we consider gender, leadership, and security. With a group of fellow Naval Academy women graduates, she founded the Sisterhood of Mother B, where she co-hosts a podcast – “Waypoints” – that seeks to transform how we think of leaders and leadership in the military. She runs marathons, works on her pull-ups, and she and her husband have three children.