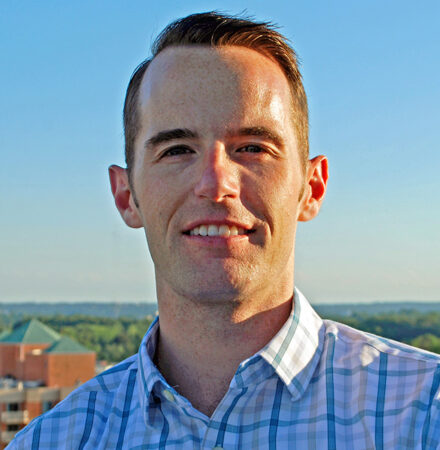 Captain Jim Perkins is an Army Engineer officer. He has served in combat engineer units around the world including the U.S., Germany, and Iraq. He is a graduate of Army Ranger School and Sapper Leader Course and has extensive experience with finding and clearing improvised explosive devices. He currently works as an operations officer at the U.S. Army Corps of Engineers’ National Headquarters in Washington, DC.

Jim holds a Bachelors of Science from the United States Military Academy at West Point with a dual major in Economics and Foreign Languages (French and Russian). In 2016, he earned a Masters in Business Administration from Georgetown University.

Jim is passionate about innovation and improving national security, particularly military talent management. In 2015, he co-founded MilitaryMentors.org which is a non-profit social network that connects military professionals to each other and to the resources that they need for professional development. Since January 2016, Jim has served as the Executive Director of the Defense Entrepreneurs Forum (DEF), a non-profit that strives to inspire, connect, and empower an international community of emerging leaders from across the defense enterprise to have impact through innovation and intrapreneurship. Additionally, he is a member of the Truman National Security Project’s Defense Council and a military liaison to the Hacking 4 Defense course at Georgetown University.

When he’s not working, Jim has a deep love for outdoor adventure sports – everything from road biking to mountaineering. His most joyful adventure, though, has been fatherhood. Jim and his wife (who is also an Army officer) live in Bethesda, MD with their adorable son.