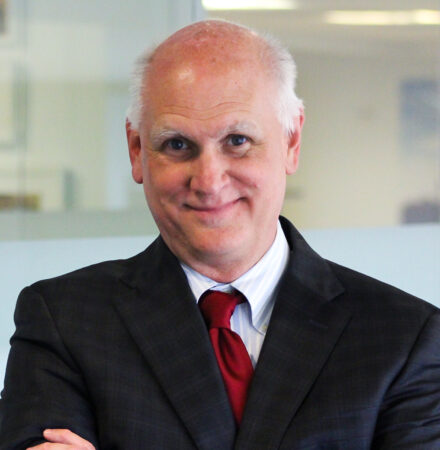 After eight years as Deputy Assistant Secretary of Defense (DASD) for European and NATO Policy, Jim Townsend completed more than two decades of work on European and NATO policy in the Pentagon, at NATO and at the Atlantic Council. His work spanned the Cold War, post-Cold War political reconstruction in Europe and Europe's new challenges including Russia and terrorism. Through his work, he has helped execute US military engagement in almost every conflict from the Gulf War to the reintroduction of US forces into Europe to deter Russia. He also played critical roles in NATO enlargement, NATO reform, and helping to build bilateral defense relations with the new democracies coming from the breakup of the Soviet Union.

Jim joined the Atlantic Council in 2006 after a distinguished Civil Service career at the Pentagon and at NATO. In the 1990s, Jim was the Principal Director of European and NATO Policy, the Director of NATO Policy and the Director of the Defense Plans Division at the US Mission to NATO in Brussels, Belgium.

In the 1980s, prior to working on Europe and NATO, Jim worked in Foreign Military Sales at the Defense Security Cooperation Agency (DSCA) as a Country Director for European security assistance and as the assistant to the DSCA Comptroller, where he worked on most of the financial aspects involved in foreign military sales. Jim's early career also included work in the Department of State, in the Office of Congressman Charles E. Bennett and in the Arms Control and Disarmament Agency (ACDA).

In 1986, Mr. Townsend received a direct commission in the U.S. Navy Reserve (intelligence) leaving the Reserves as a Lieutenant Commander.

Jim has been decorated by 11 European nations and multiple times by the Department of Defense for his work, including a Presidential Rank Award (Meritorious Executive).

He was an adjunct professor of international studies at American University and has lectured in the US and overseas at Universities, War Colleges, think tanks, and at the Foreign Service Institute. He has also provided commentary in the international press on TV, radio and in newspapers.

Mr. Townsend earned a B.A. from Duke University and an M.A. from the Johns Hopkins School of Advanced International Studies (SAIS) in International Economics and American Foreign Policy.