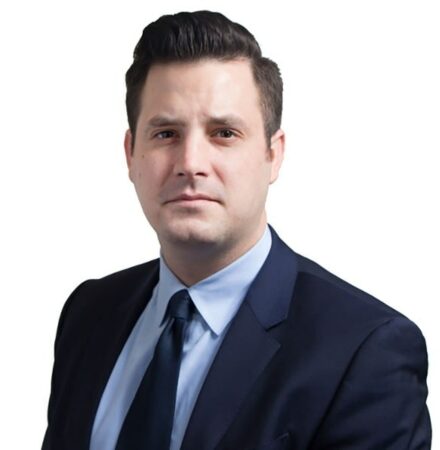 John Costello is an Adjunct Senior Fellow with the Technology and National Security Program at the Center for a New American Security. His research focuses on information and communications technology supply-chain security, cyber strategy, emerging technology, and Chinese military strategy.

Mr. Costello is the former Deputy Assistant Secretary of Intelligence and Security at the Department of Commerce. In that capacity, Mr. Costello established the Commerce Department’s intelligence analysis capability and led the Department’s information and communications technology and service supply-chain analytical and regulatory efforts. Prior to the Department of Commerce, Mr. Costello served as a Senior Director and Lead for Task Force Two at the U.S. Cyberspace Solarium Commission, where he led the Commission’s work on cybersecurity, resilience, and supply chain security. Prior to that, Mr. Costello also served as the Director of Strategy, Policy, and Plans and Senior Advisor to the Director of the Cybersecurity and Infrastructure Security Agency.

In 2016, Mr. Costello was selected as a Congressional Innovation Fellow, serving on the House Oversight and Government Reform Committee. During his time on the Hill, Mr. Costello helped investigate the 2015 cyber breach of the Office of Personnel Management and helped oversee federal IT security. Mr. Costello has worked as a private sector intelligence analyst and defense contractor.

Mr. Costello was an enlisted U.S. Navy sailor, serving his tours of duty at the National Security Agency as an intelligence analyst and operations officer. While at the National Security Agency, John specialized in foreign adversary cyber, electronic, and information warfare. John has a working professional proficiency in Chinese Mandarin, graduating with honors from the Defense Language Institute.