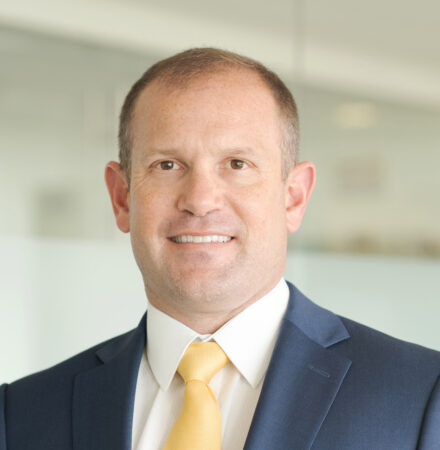 Lieutenant Colonel Gabe S. Arrington is a National Defense Fellow at the Center for a New American Security in Washington, D.C.

Lieutenant Colonel Arrington graduated from the United States Air Force Academy with Military Distinction in 2003. As an Instructor Pilot, he was the on-site Mission Commander leading four countries, fourteen aircraft, and four surface vessels in the rescue of a downed pilot in the Pacific Ocean. As a result, he was awarded the “Jolly Green Rescue Mission of the Year Award” for Air Mobility Command. As a commander and strategist, the Lieutenant Colonel was recognized by the Secretary of the Air Force for creating and leading the Air Force’s ‘Pilot Training Next’ program, positioning the Air Force for $320M in fiscal year savings annually. Additionally, Lieutenant Colonel Arrington has been awarded a secondary Air Force Specialty Code in Space Operations after completing the USAF Space Officer Course with the intent of developing all-domain leaders for the Joint Force. Recently, he was the lead Joint Strategist on the Joint Force Development Team responsible for the creation of the DoD’s Joint Warfighting Concept. He is a senior pilot, having logged over 2,450 hours and 273 combat missions in both airlift and tanker aircraft. He has commanded at the squadron level and served in multiple positions at the Joint Staff, MAJCOM, AOC, wing, group, and squadron levels. Prior to his current assignment, he was the Deputy Executive Officer to the Vice Chairman of the Joint Chiefs of Staff.