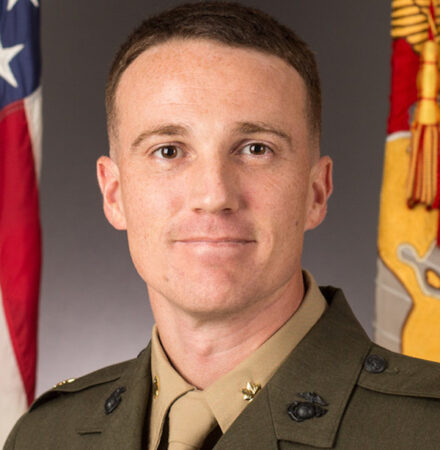 Major Celidon Pitt is a Marine judge advocate currently serving as the Regional Victims' Legal Counsel for the National Capital Region. He leads a team of attorneys in providing representation within the military justice system to victims of sex offenses and domestic violence.

Celi previously served as a CH-46E pilot with Marine Medium Helicopter Squadron 268 from 2009 to 2013. He earned various flight qualifications and led missions across the full spectrum of assault operations while deploying throughout the Middle East and Southeast Asia. Selected to transition to the judge advocate career field via the Excess Leave Program, Celi remained on active-duty while attending law school from 2013 to 2016. He then spent two years as a defense counsel, representing Marines in criminal and administrative proceedings, before moving to his current billet.

Celi graduated with honors from the Naval Academy in 2006 and Fordham Law School in 2016. A native of Haverstraw, NY, he and his wife now live in North Brentwood, MD. Together they chair The Wingman Foundation’s annual memorial walk in honor of fallen Navy and Marine aircrew.