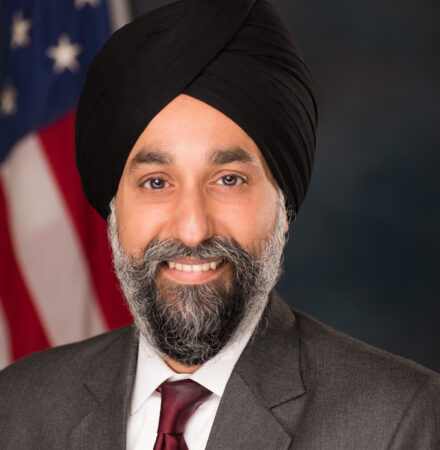 Manpreet Singh Anand is an Adjunct Senior Fellow of the Indo-Pacific Security Program at the Center for a New American Security and a Distinguished Professor of Practice in the Near East South Asia Center for Strategic Studies at the National Defense University. Mr. Anand has senior leadership experience working in both the public and private sectors. He speaks and writes frequently in the areas of foreign policy, international development, geo-economics, energy, and national security.

Previously, Mr. Anand served as the Deputy Assistant Secretary of State in the Bureau of South and Central Asian Affairs. In that capacity, Mr. Anand was responsible for U.S. policy towards and diplomatic relations with the countries of South Asia, including India.

Mr. Anand joined the State Department from the U.S. Agency for International Development (USAID), where he served as the Deputy Assistant Administrator in the Asia Bureau. At USAID, his responsibilities included providing strategic direction and management oversight for the South and Central Asia region, consisting of staff and programming budgets across six USAID Missions and eleven countries. Mr. Anand also led efforts to elevate and engage strategic partnerships in the region, including with the private sector, emerging Asian donors, regional initiatives and diaspora communities.

In the past, Mr. Anand worked for Chevron Corporation as a Senior Policy Advisor and provided policy analysis and guidance on emerging geopolitical and socioeconomic issues. Mr. Anand has also served as the Senior Policy Advisor for South and Central Asia issues on the U.S. House of Representatives Committee on Foreign Affairs and has worked in the Office of the U.S. Trade Representative. Mr. Anand also had a previous stint with USAID as a Presidential Management Fellow.