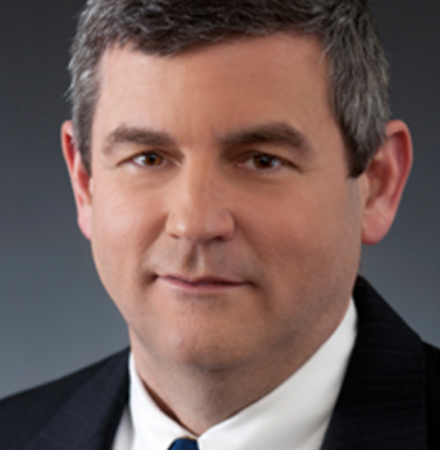 Mike Petters is president and CEO of Huntington Ingalls Industries, America’s largest military shipbuilding company and a provider of manufacturing, engineering and management services to the nuclear energy, oil and gas markets. He is also a member of HII’s Board of Directors.

A native of Florida, Petters earned a bachelor’s degree in physics from the U.S. Naval Academy in 1982, served aboard the nuclear-powered submarine USS George Bancroft (SSBN 643) and spent five years in the U.S. Naval Reserve. In 1993, he earned an MBA from the College of William and Mary.

In 2014, Petters was elected to the executive committee of the Aerospace Industries Association. He serves on the Commonwealth of Virginia’s Advisory Council on Revenue Estimates and as chairman of the Virginia Business Council. He also serves on the board of directors for the U.S. Naval Academy Foundation and the National Bureau of Asian Research; on the board of trustees of the Naval Aviation Museum Foundation; on the distinguished advisory board for the Dolphin Scholarship Foundation; and on the advisory council for the Naval Historical Foundation.