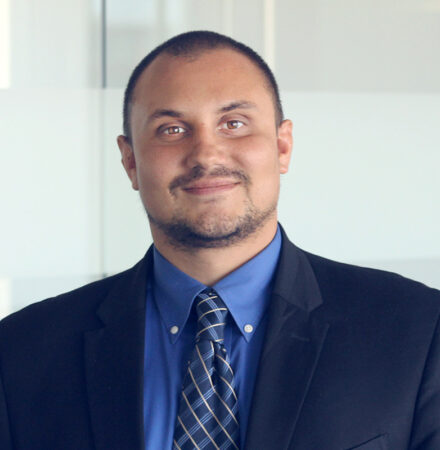 Nicholas A. Heras is a former Fellow at the Center for a New American Security (CNAS), working in the Middle East Security Program. His work focused on the analysis of complex conflicts and security issues in the greater Middle East and North Africa and trans-Sahara regions, with a particular focus on the Levant (Syria, Iraq, Lebanon, Jordan), Iranian-backed proxy forces in the Middle East, the the southern Arabian peninsula, especially Yemen, and the regional impact of the Libyan civil war. From 2016-2017, Nicholas served as the tenth 1LT Andrew J. Bacevich, Jr., USA Fellow at CNAS.

Nicholas was previously a Senior Analyst at the Jamestown Foundation, where he wrote timely, relevant, and actionable analysis on the developments in the conflicts in Syria, Iraq, Libya, and Yemen. Prior to CNAS, from 2013-2014, Nicholas served as a research associate at the National Defense University (NDU) where he worked on a project for the U.S. Central Command J-5 that studied the impact of the Syrian and Iraqi conflicts on the greater Middle East region. During this NDU project, he was responsible for tracking the rise and development of ISIS in Syria and Iraq, Iran's deployment of proxy militias throughout the Middle East, and dynamics among the Kurdish populations of Syria, Turkey, Iraq, and Iran, and brief the findings of this research to senior military leaders and analysts at the U.S. Central Command, U.S. Special Operations Command, and to the U.S. Intelligence Community. He was also a Department of Defense National Security Education Program (NSEP) David L. Boren Fellow in Beirut, Lebanon from 2010-2011, where he conducted in-depth field research on the socio-politics of ethnic and sectarian conflict. From 2008-2011, Nicholas was a Research Associate at the Center for Global Peace at the American University in Washington, D.C., where he managed research tasks for three U.S. State Department, Bureau of Democracy, Human Rights, and Labor (DRL) funded grant projects that were implemented in Syria and Iraq. Nicholas has extensive field experience in all regions of Lebanon, Syria, and Jordan, and has also conducted substantive research in Turkey and the Gulf.