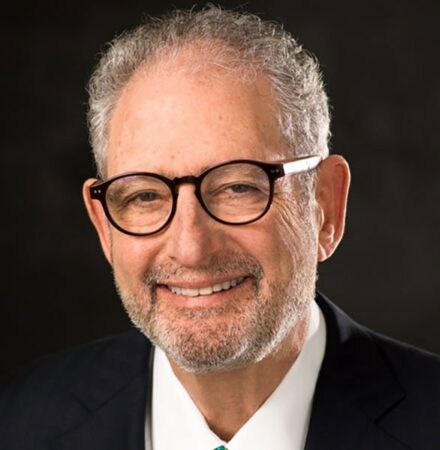 Former Member, CNAS Board of Advisors

Robert A. Mandell is a retired U.S. Ambassador to Luxembourg under President Barack Obama and currently serves on the boards of the Smithsonian Museum of Natural History, the Corporation for Public Broadcasting, and Human Rights First in New York City. He also has been a member of the Woodrow Wilson Institute Cabinet in Washington, DC.

Ambassador Mandell currently is a partner in Velocitas venture, a medical device company, and previously was Chairman and Chief Executive Officer of The Greater Construction Corp. from 1998 until 2005.

Greater was a family-owned homebuilding business established in Central Florida in 1965. Greater built 45 new communities and more than 16,000 homes before being sold in 2005 to Meritage Homes, Inc., the 12th largest homebuilder in America. Mr. Mandell remained as Chairman Emeritus of Meritage Homes of Florida, Inc. until 2007.

He also has been involved in several capacities in state and regional governments, including as chairman of the Florida Environmental Regulation Commission, 1987-1990, and chairman and vice chairman of the Orlando-Orange County Expressway Authority,1992-1995.

Additionally, Ambassador Mandell has served on the boards of Florida Hospital, a division of Adventist Health Systems; the Burnham Institute for Medical Research of LaJolla, Calif.; and the Vermont Studio Center. He has served as well on a number of local and regional blue ribbon panels and led a United Cerebral Palsy Capital Campaign that raised $6.5 million for a new facility serving more than 450 disable children in Orlando.

He was an early supporter of then-Sen. Barack Obama’s presidential campaign and served on his national finance committee during the 2008 election. Two years later, Mr. Mandell was named to the President’s Export Council and then, just a year later, was appointed U.S. Ambassador to Luxembourg, where he served until 2015.

Upon retiring from that post, Ambassador Mandell was inducted by Grand Duke Henri d’Luxembourg into the Order of the Oak Crown for outstanding service to that country. He was the first ambassador in sixty years to be chosen for that honor.

He earned a BS degree from the University of Florida in 1969 and a Juris Doctorate in1972. He is an “AV” rated lawyer in Martindale-Hubbell legal list. In addition, he graduated from the Harvard Business School OPM29 program in 2000.

Mr. Mandell is married to Julie Walker Mandell and is father to four children, Zack, 33, Daniel Lugasi, 32, and Xan, 27, and Lauren Lugasi, 24. Mr. Mandell’s hobbies are painting, traveling and reading.