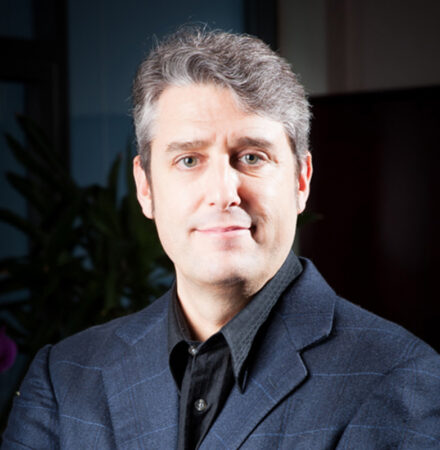 For more than 30 years, Roche has lived and worked in Asia, founding companies, investing in start-ups, and representing the United States through his service in the American Chambers of Commerce in Japan and China, and as a member of the U.S. Trade Representative’s Advisory Committee for Trade Policy and Negotiations (2010-2014). Active in philanthropy, Roche has supported several non-profit enterprises dedicated to strengthening U.S.-Asia relations. In addition to his work with CNAS, he supports the Americans Promoting Study Abroad Foundation, an initiative to increase the number of American students studying in China, the U.S. National Pavilion at the Shanghai World Expo (2010), and international studies programs at Nanzan University in Nagoya, Japan and the University of Denver, Sturm College of Law.

In 1993, Robert Roche co-founded Oak Lawn Marketing, an omni-channel brand response company in Japan. In 2009, Roche helped negotiate the sale of a 51 percent interest of the company to Japan’s largest mobile phone operator, to NTT DOCOMO. He currently serves as the company’s Executive Chairman.

In 1997, Robert Roche co-founded Acorn International, a leading media and branding company in China which is listed on the New York Stock Exchange (NYSE: ATV). Roche currently serves as Executive Chairman of the company.

In 2004, Roche moved his family from Nagoya to Shanghai and established himself as one of the most active ex-pat investors and entrepreneurs in China. He helped launch several start-up companies, including financing and co-founding URBN Hotel in Shanghai, China’s first carbon-neutral multi award-winning hotel (built using materials recycled from 1920s-era Shanghai buildings). In 2013, Roche expanded URBN and co-founded the Cachet Hotel Group, a hotel management company.

Roche has invested in and helped build KraneShares, an asset management company that provides global investment opportunities for the next wave of China’s development and in 2013, Roche helped establish TAG Capital, a boutique investment bank specializing in cross-border transactions across the Asia-Pacific region. Robert Roche co-founded IS Seafood, a company that imports Icelandic fish to China using a network of industry-leading cold chain logistics specialists and state-of-the-art processing and packaging techniques. He also manages large real estate holdings worldwide.

Roche is also active in business and philanthropy in the U.S. He has developed an award-winning championship golf resort and farming interests across southern Utah, mixed-use developments in Hawaii, as well as a 26,000-acre development in Gallup, New Mexico, that includes residential properties, a transit hub, and energy distribution facilities. Roche is an investor in and board member of Redhorse Performance, an automotive supplier specializing in fittings for race cars.

Roche received a degree in Economics and Japanese Studies from Illinois State University-Normal, Illinois. He earned his Juris Doctor from the University of Denver, Sturm College of Law in 1988. He was an exchange student at Nanzan University in Nagoya, Japan as an undergraduate in 1983-1984, and as a law student in 1986-1987. He is admitted to practice law in Illinois.

Roche is married with three children and spends time in China, Japan, and the United States. He is fluent in Japanese and proficient in Mandarin Chinese.

Connect with Robert on LinkedIn