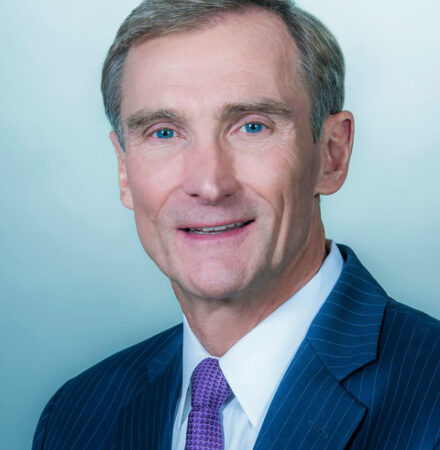 Roger A. Krone is Chairman and Chief Executive Officer of Leidos. With approximately $10 billion in annual revenue and 32,000 employees worldwide, Leidos is a recognized global leader in solving important problems in the defense, intelligence, homeland security, civil, and health markets. Before being named CEO in July 2014, Krone held leadership roles at some of the most prominent organizations in aerospace for nearly 40 years.

For Krone, the future of Leidos is one with a laser focus on its customers, shareholders, and employees. In 2016, Krone engineered Leidos’ acquisition of Lockheed Martin’s Information Systems & Global Solutions business, creating a leader in government IT services and solutions with the potential to solve some of the greatest technology challenges. Under his strategic vision, the organization remains committed to investing in critical internal research and development efforts. He is the driving force behind the company's culture of innovation and the environment shaped to inspire employees to create innovative technology solutions that respond to customers’ challenges today and tomorrow.

Before joining Leidos, Krone served as president of Network and Space Systems for The Boeing Company, where he provided calculated direction for approximately 15,000 employees in 35 states and 12 countries. His organization provided integrated technologies to government and commercial customers. He joined McDonnell Douglas in 1992 serving as director of financial planning, vice president and treasurer after a 14-year career at General Dynamics, where he held positions in program management, engineering, and finance.

Krone earned a bachelor's degree in aerospace engineering from the Georgia Institute of Technology, a master's degree in aerospace engineering from the University of Texas at Arlington, and a Master of Business Administration from the Harvard Graduate School of Business. A Six Sigma Green Belt, Krone is both a licensed commercial pilot and a certified public accountant. He is also a Fellow of the American Institute of Aeronautics and Astronautics and a Fellow of the Royal Aeronautical Society in the United Kingdom.