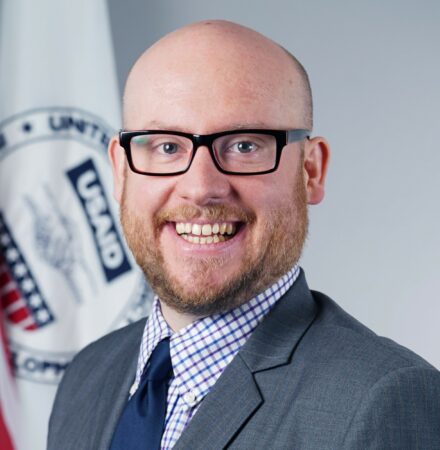 Ryan Essman is the Deputy Spokesperson for the US Agency for International Development. In that position, some of his most rewarding work has come from managing press in an Ebola zone, a hurricane-wracked island, and the center of our hemisphere’s largest-ever migrant crisis.

Previously, he served as the Sri Lanka and Maldives desk officer at the Department of State during significant political transitions and natural disasters. A career civil servant since 2013, Mr. Essman also worked at the Department of the Treasury, on Turkish monetary policy. He has extensive experience in public diplomacy, national security, and international economics.

Prior to DC he managed several campaigns in Oregon politics and served as a Chief of Staff in the Oregon Senate. Before entering government, he worked at a tech startup developing apps in New Delhi and Oregon.