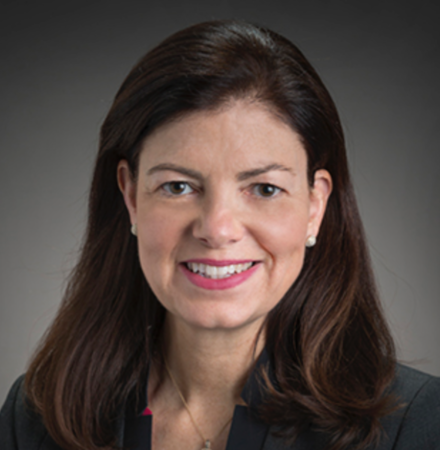 Kelly Ayotte represented New Hampshire in the United States Senate from 2011-2016, where she chaired the Armed Services Subcommittee on Readiness and the Commerce Subcommittee on Aviation Operations. She also served on the Budget, Homeland Security and Governmental Affairs, Small Business and Entrepreneurship, and Aging Committees. Senator Ayotte served as the “Sherpa” for Justice Neil Gorsuch, leading the effort to secure his confirmation to the United States Supreme Court.

From 2004-2009, Senator Ayotte served as New Hampshire’s first female Attorney General having been appointed to that position by Republican Governor Craig Benson and reappointed twice by Democratic Governor John Lynch. Prior to that, she served as the Deputy Attorney General, Chief of the Homicide Prosecution Unit and as Legal Counsel to Governor Craig Benson. She began her career as a law clerk to the New Hampshire Supreme Court and as an associate at the McLane Middleton law firm.

Senator Ayotte co-chairs the Commission on Health Security at the Center for Strategic and International Studies. She is a also a member of the Board of Advisors for the Center on Military and Political Power at the Foundation for Defense of Democracies and the Aspen Institute’s Economic Strategy Group.

Senator Ayotte graduated with honors in 1990 from the Pennsylvania State University and earned a Juris Doctor degree in 1993 from the Villanova University School of Law. She is a native of New Hampshire and lives in Nashua with her husband, Joe, a retired Air Force combat pilot, and their two children Katherine and Jacob.