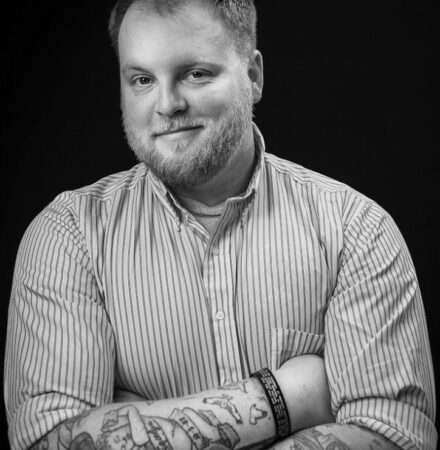 Thomas is a father, husband, and the founder of The War Horse, his passion is writing about war, trauma, and loss. Prior to studying at Columbia University, he was a sergeant in the Marine Corps and served as an infantryman in Iraq and Afghanistan with the First Battalion, Eighth Marines. Thomas is the co-author of Shooting Ghosts: A U.S. Marine, a Combat Photographer, and Their Journey Back from War. He has held fellowships with the Dart Center for Journalism and Trauma, the Atlantic Council, the Stabile Center for Investigative Journalism, and the Carey Institute for Global Good. He has been recognized for Excellence in Features, Trauma Reporting, and Investigative Journalism by the Society for Features Journalism, the Dart Center, HillVets, and the American Legion. His work has appeared with the Center for Investigative Reporting, Vanity Fair, and The New York Times. Since 2015, Thomas has been a guest speaker in discussions about medical cannabis, trauma in the military, improving news coverage about veterans, wrongdoing within the Department of Defense and Veterans Affairs, and Post Traumatic Growth at U.C. Berkeley, the Dart Center for Journalism and Trauma, the Carey Institute for Global Good, Harvard, Yale, and Columbia University.