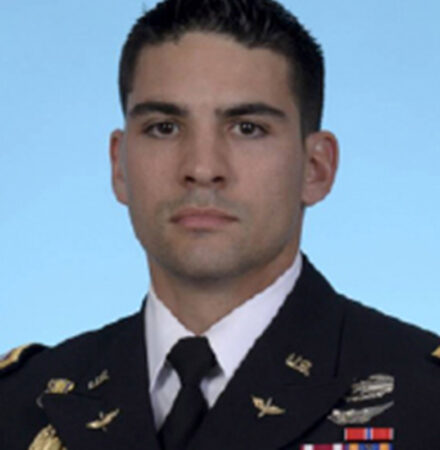 Captain Vito Errico is an Army Aviator who is currently pursuing a Master's Degree in Policy Management from the McCourt School of Public Policy at Georgetown University as part of the Army's Joint Chiefs of Staff/Office of the Secretary of Defense Internship Program.  Upon graduation from Georgetown in May, Captain Errico will serve in a senior office at the Pentagon.

Among his operational assignments, Captain Errico commanded an Air Cavalry Troop in Kandahar, Afghanistan and served as an Air Cavalry Platoon Leader in Kirkuk, Iraq.  He has also served as an Aviation Task Force Intelligence Officer and developed complex operational relationships with the DEA, NSA, Air Force OSI, and British Special Forces.   Captain Errico also served as the Aide-de-Camp to the Deputy Commander of US Army North.

As an aviator, Captain Errico is a fully-mission-qualified Air Mission Commander and Pilot-in-Command of the OH-58D Kiowa Warrior armed reconnaissance helicopter.  He has flown nearly 2,000 total flight hours and logged over 1,500 combat hours in support of Operation Enduring Freedom and Operation Iraqi Freedom.

Captain Errico graduated with a B.S. in Political Science from the United States Military Academy at West Point.  He currently lives in Alexandria, VA with his beautiful wife Vanessa.