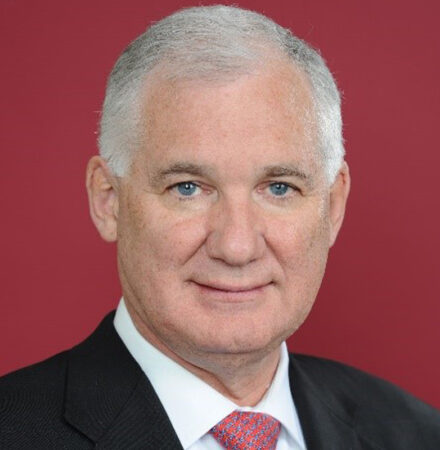 William J. Lynn III is the Chairman and Chief Executive Officer of Leonardo DRS. Leonardo is a European-based defense and aerospace conglomerate and DRS is its largest U.S. subsidiary with $3 billion in annual revenue.

Mr. Lynn has had an extensive career in national security, both in government and in industry. In government, he has served two Presidents, five Secretaries of Defense and as an aide to Senator Edward Kennedy. In industry, he has worked as a senior executive for Raytheon and now Leonardo DRS.

Prior to joining Leonardo DRS in January 2012, Mr. Lynn served as the 30th United States Deputy Secretary of Defense from 2009 to 2011. Serving under Secretaries Robert Gates and Leon Panetta, his role was that of Chief Operating Officer managing three million personnel and overseeing an annual budget of over $700 billion. He also personally led the Department's efforts in cyber security, space strategy and energy policy.

From 2002 to 2009, Mr. Lynn was Senior Vice President of Government Operations and Strategy at the Raytheon Company. In this position, he directed strategic planning, oversaw merger and acquisition activities and supervised government relations.

Previously, he served in the Department of Defense from 1993 until 2001. He first led the Clinton Administration Transition Team for the Department. He then oversaw strategic planning and program/budget development for DoD as the Director of Program Analysis and Evaluation from 1993 to 1997. In 1997, he was nominated by the President and confirmed by the Senate as the Chief Financial Officer and Under Secretary of Defense (Comptroller), serving in that role until 2001.

Mr. Lynn worked for Senator Ted Kennedy as his counsel to the Senate Armed Services Committee from 1987 to 1993. In that role, he supported Senator Kennedy’s work as Chairman of the Seapower Subcommittee. He also was instrumental in the passage of several important pieces of legislation, including the Military Childcare Act of 1989, which established childcare as a benefit for military families, and the 1991 bill that repealed the longstanding ban on women flying in combat.

Prior to joining Senator Kennedy’s staff, Mr. Lynn was a fellow at the Center for Strategic and International Studies (CSIS). At CSIS, he was the Executive Director and principal author of a study of defense organization that helped lead to the 1986 Goldwater-Nichols Act, which reorganized the U.S. armed forces to improve joint and combined operations.

Mr. Lynn has been recognized for numerous professional and service contributions, including four Department of Defense Distinguished Public Service medals, the Distinguished Civilian Service Award from the Chairman of the Joint Chiefs of Staff and equivalent awards from the Departments of the Army, Navy and Air Force.

He is a member of the Boards of Accenture Federal Services, the USO, the Atlantic Council, the Marshall Legacy Institute, the Center for a New American Security (CNAS) and the National Cathedral School.

His publications include a 2010 path-breaking article in Foreign Affairs on cyber security (“Defending a New Domain: The Pentagon’s New Cyberstrategy”), which put forth a new cyber strategy for the Department of Defense. He also co-authored a book, Toward A More Effective Defense, and has published numerous articles in various professional journals and newspapers.