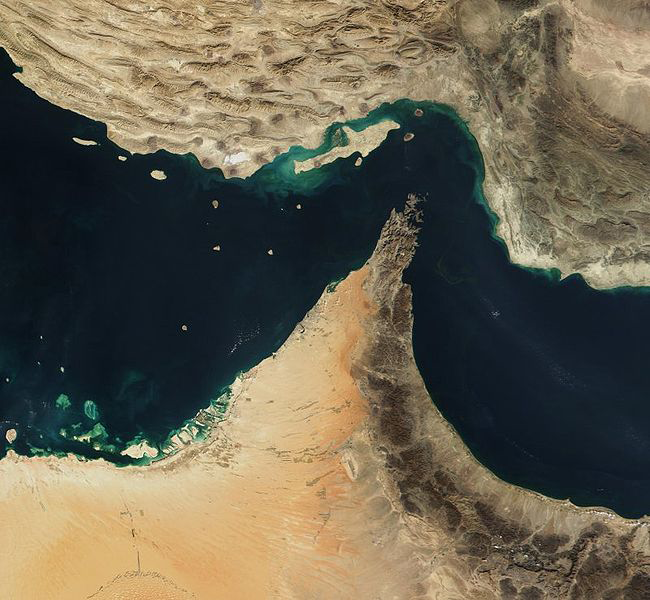 This post originally appeared on the Choke Points blog at ConsumerEnergyReport.com.

America’s relationship with Middle East energy resources is changing. Technological breakthroughs in hydraulic fracturing (or “fracking”), renewed drilling in ultra-deep waters in the Gulf of Mexico and, soon, drilling in the Arctic Circle are re-energizing U.S. domestic petroleum production and shrinking the demand for foreign petroleum imports. Meanwhile, oil and natural gas production in the Americas — from Canada in the North, to Brazil and Colombia in the South — are beginning to displace U.S. reliance on Middle East oil. These emerging energy trends will affect America’s relationship with the Middle East in important ways. But do not expect a fundamental shift in U.S. foreign policy in the region any time soon.

The Carter Doctrine and U.S. Energy Interests in the Middle East

Photo: Satellite image of the Strait of Hormuz. Courtesy of Jacques Descloitres and NASA.