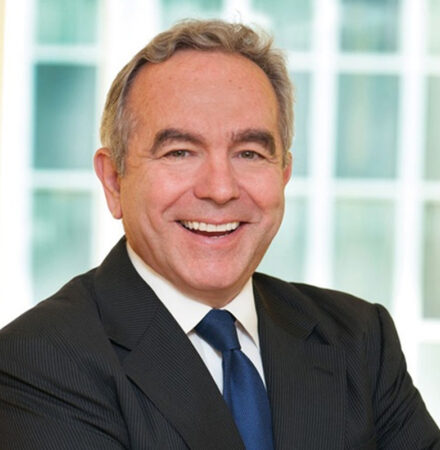 CNAS Board Chairman and Co-Founder

Dr. Kurt M. Campbell is Chairman and Chief Executive Officer of The Asia Group, LLC, a strategic advisory and capital management group specializing in the dynamic Asia Pacific region. Founded by him in 2013 in Washington, DC, Campbell has built The Asia Group into the premier advisory group focusing on the key markets of Asia, from Japan, South Korea, China, Taiwan, Australia, through Southeast Asia to India. In addition to supporting outbound business into the surging Asian marketplace, The Asia Group also assists and facilitates Asian firms seeking entry and introductions into the United States. Over the course of the last six years Campbell has recruited a hand-picked team of distinguished, high level diplomats, accomplished consultants, investment bankers, sector specialists, economic analysts and senior advisors with unique talents across this diverse region to bring deep insights, seasoned advice, and unsurpassed access to Asia Group clients. The Asia Group team maintains and sustains high level access along the corridors of business and political power in every Asian capital.

In addition to leading the Asia Group, Campbell is a frequent contributor on breaking news items relating to Asia in the print media as well as appearing regularly on cable news shows in Asia and the United States. He writes regular reviews and columns for the Financial Times and is a frequent speaker on Asian themes to business retreats, think tanks gatherings and corporate councils.

Campbell concurrently serves as Chairman of the Board of the Center for a New American Security, as a non-resident Fellow at Harvard University’s Belfer Center, and as Vice Chairman of the East-West Center in Hawaii. He was also appointed as the Henry A. Kissinger Fellow at the McCain Institute for 2018. From 2009 to 2013, he served as the Assistant Secretary of State for East Asian and Pacific Affairs, where he is widely credited as being a key architect of the “pivot to Asia.” For advancing a comprehensive U.S. strategy that took him to every corner of the Asia-Pacific region, Secretary Hillary Clinton awarded him the Secretary of State’s Distinguished Service Award (2013) — the nation’s highest diplomatic honor. Campbell was recognized in the Queen’s New Year’s list of honors in 2014 as an Honorary Officer of the Order of Australia and as an Honorary Companion of the New Zealand Order of Merit for his work in support of American relations with Australia and New Zealand respectively. He also received top national honors from Korea and Taiwan.

Campbell was formerly the CEO and Co-Founder of the Center for a New American Security and concurrently served as the director of the Aspen Strategy Group and Chairman of the Editorial Board of the Washington Quarterly. He was the founder and Chairman of StratAsia, a strategic advisory and consultancy that supported American firms across Asia that was a precursor to The Asia Group. He was the Senior Vice President, director of the International Security Program, and Henry A. Kissinger Chair at the Center for Strategic and International Studies. Campbell was also Associate Professor of public policy and international relations at the John F. Kennedy School of Government and assistant director of the Center for Science and International Affairs at Harvard University. He served as the Vice Chairman of the Pentagon Memorial Fund and was on the Board of Directors of Metlife, Inc of New York, an Independent Director for Standard Chartered Bank PLC in London, and was a member of the Defense Policy Board at the Pentagon.

Dr. Campbell previously served as Deputy Assistant Secretary of Defense for Asia and the Pacific, Director on the National Security Council Staff, Deputy Special Counselor to the president for the North American Free Trade Agreement in the White House, and White House fellow at the Department of the Treasury. He was an officer in the U.S. Navy Reserves, serving on surface ships, the Joint Chiefs of Staff, and in the Chief of Naval Operations Strategic Advisory Unit. For his government service, he received Georgetown University’s Asia Service Award, the State Department Honor Award, the Republic of Korea medal for service, and the Department of Defense Medals for Distinguished Public Service and for Outstanding Public Service.

He is the author or editor of ten books including the recently published The Pivot: The Future of American Statecraft in Asia. He’s also the co-author of Difficult Transitions: Why Presidents Fail in Foreign Policy at the Outset of Power, and Hard Power: The New Politics of National Security. Dr. Campbell was a contributing writer to The New York Times and has written a regular column for the Financial Times. Dr. Campbell is a member of the Aspen Strategy Group, the Council on Foreign Relations, the International Institute for Strategic Studies, and the Trilateral Commission.

He received his B.A. from the University of California, San Diego, a Certificate in music and political philosophy from the University of Erevan in Soviet Armenia, and his Doctorate in International Relations from Brasenose College at Oxford University where he was a Distinguished Marshall Scholar. Campbell received his varsity blue in tennis at Oxford and rowed in the first eight in his college crew at Brasenose College when they won the London Hammersmith Regatta. He is married to Dr. Lael Brainard, Governor on the US Federal Reserve Board and former Undersecretary of Treasury for International Affairs. Together they live in Washington, D.C. with their three daughters. They also maintain Iron Bell Farm, a vintage Civil War era farm in Rappahannock County, VA.