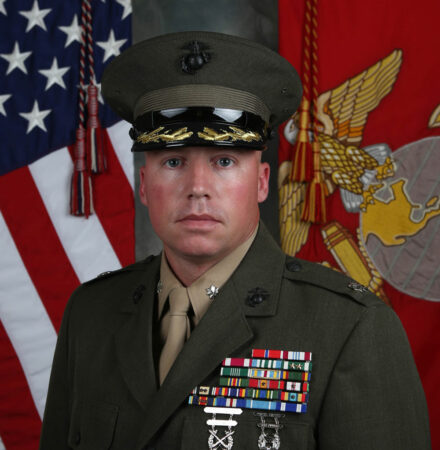 Lieutenant Colonel Smith is the former Commandant of the Marine Corps Senior Fellow to the Center for a New American Security (CNAS). Prior to joining CNAS he served as the U.S. Marine Attaché (MARA) to Russia until his diplomatic expulsion from Moscow in April of 2018.

LtCol Smith has over 25 years’ experience as a Marine Officer holding the military specialties of Combat Engineer Officer and Foreign Area Officer (FAO). He has commanded combat engineers at the platoon, company and battalion level, most recently as the Battalion Commander of 1st Combat Engineer Battalion, 1st Marine Division, Camp Pendleton California from 2014-2016. LtCol Smith’s staff assignments include serving as the Senior Engineer Officer of a Division, an Air Wing, a MEF (Marine Expeditionary Force) and as the Deputy Assistant Chief of Staff (AC/S) G-4 for a MEF. LtCol Smith also has extensive overseas experience: first serving in Bangkok Thailand on the Marine Security Guard program as the Operations Officer (OPSO) and Executive Officer, living and studying aboard in Russia; and as a FAO where he has served as a UN Military Observer in Georgia (2008) and as the Senior Defense Official/ Defense Attaché (SDO/DATT) to Latvia (2009-2011) in addition to his time in Moscow as the MARA. He was the first Marine SDO/DATT worldwide. LtCol Smith’s Combat tours include a year as the 3rd MAW (FWD) Engineer and Base engineer at Al Asad airbase, Al Anbar Province, Iraq, and as the Deputy AC/S C-7 and C-7 OPSO, RC(SW), Helmand Province, Afghanistan.

LtCol Smith has a BS in Engineering from the U.S. Naval Academy, a MA in National Security Affairs (Russia and Former Soviet Union) from the Naval Post Graduate School, and he has graduated from Amphibious Warfare School, Marine Corps Command and Staff College (Non-Resident) and the Defense Language Institute. He holds numerous personal, unit, service and international military decorations.