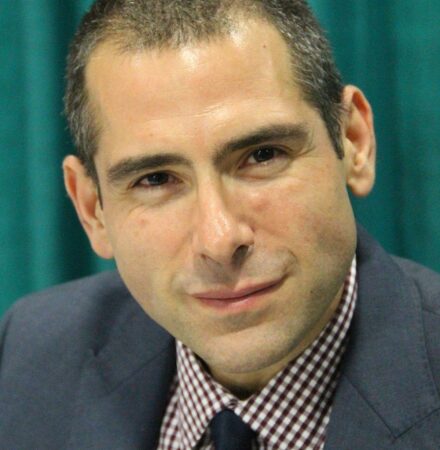 Yochi Dreazen is a Managing Editor for News at Foreign Policy. He is also writer-in-residence at the Center for a New American Security. His book about military suicide was published by Random House's Crown division in 2014.

Prior to joining Foreign Policy, Dreazen was a contributing editor at the Atlantic and the senior national security correspondent for National Journal. He began his career at the Wall Street Journal and spent 11 years at the newspaper, most recently as its military correspondent. He was born in Chicago, and later attended the University of Pennsylvania. At Penn, he edited the award-winning daily campus newspaper and graduated Magna Cum Laude in 1999 with degrees in History and English. He was hired by the Wall Street Journal immediately after graduation. Dreazen arrived in Iraq in April 2003 with the Fourth Infantry Division, and spent the next two years living in Baghdad as the Wall Street Journal's main Iraq correspondent.

Dreazen has made more than 12 lengthy trips to Iraq and Afghanistan and has spent a total of nearly four years on the ground in the two countries, mostly doing front-line combat embeds. He has reported from more than 20 countries, including Pakistan, Russia, China, Israel, Japan, Turkey, Morocco, and Saudi Arabia.

In 2010, Dreazen received the Military Reporters & Editors association’s top award for domestic military reporting in a large publication for a series of articles about military suicide and the psychological traumas impacting veterans of the two long wars. His writing has appeared in the Washington Post, Smithsonian, Tablet and the New Republic and he appears regularly on TV and radio programs such as NPR's Diane Rehm Show and PBS' Washington Week with Gwen Ifill. Dreazen gives frequent lectures about journalism, the wars and current events to both civilian and military audiences.

Dreazen lives in Washington with his wife, Annie Rosenzweig Dreazen, and their beloved Golden Retriever, Charlie.