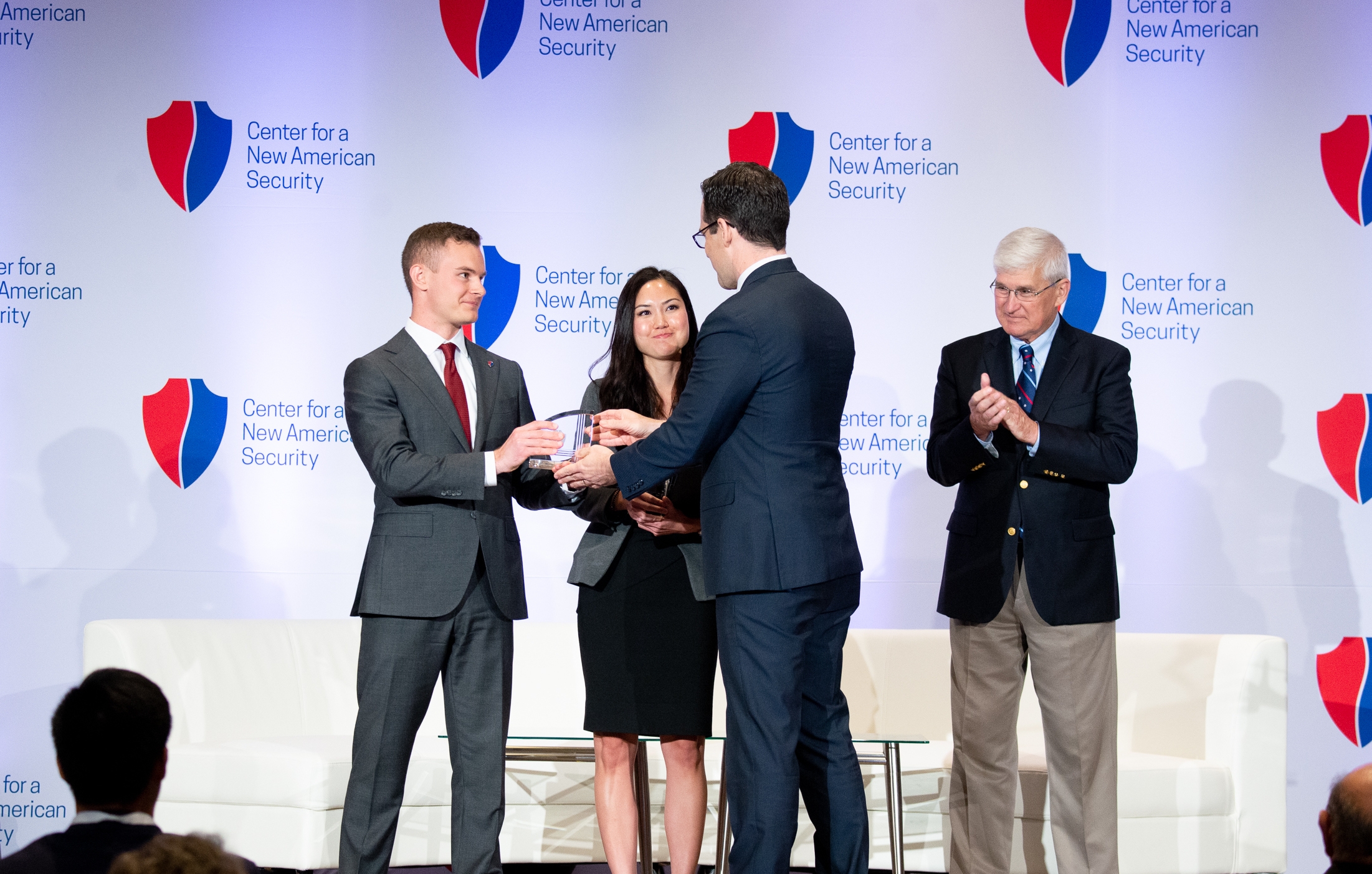 The Bacevich Award was established in June 2007 in honor and memory of 1LT Andrew J. Bacevich Jr., USA, of Walpole, Mass., who died from wounds suffered during combat patrol operations as part of Operation Iraqi Freedom. Bacevich Award recipients are selected annually and are awarded to emerging leaders who exemplify courage, integrity, and commitment to public service.

As an officer, 1LT Bacevich followed in his father's footsteps by joining the U.S. Army. He was an outstanding soldier who was brave, steadfast, and irrepressible. He had an unrealized dream to serve his country in a career of public service in Washington. Young and talented Bacevich Award recipients will have the opportunity to fulfill their dream of a life dedicated to public service and the pursuit of a secure future for America.

1LT Bacevich made the ultimate sacrifice serving his country. In his name, this award celebrates and commemorates the sense of duty, honor, and courage for which he will be remembered.