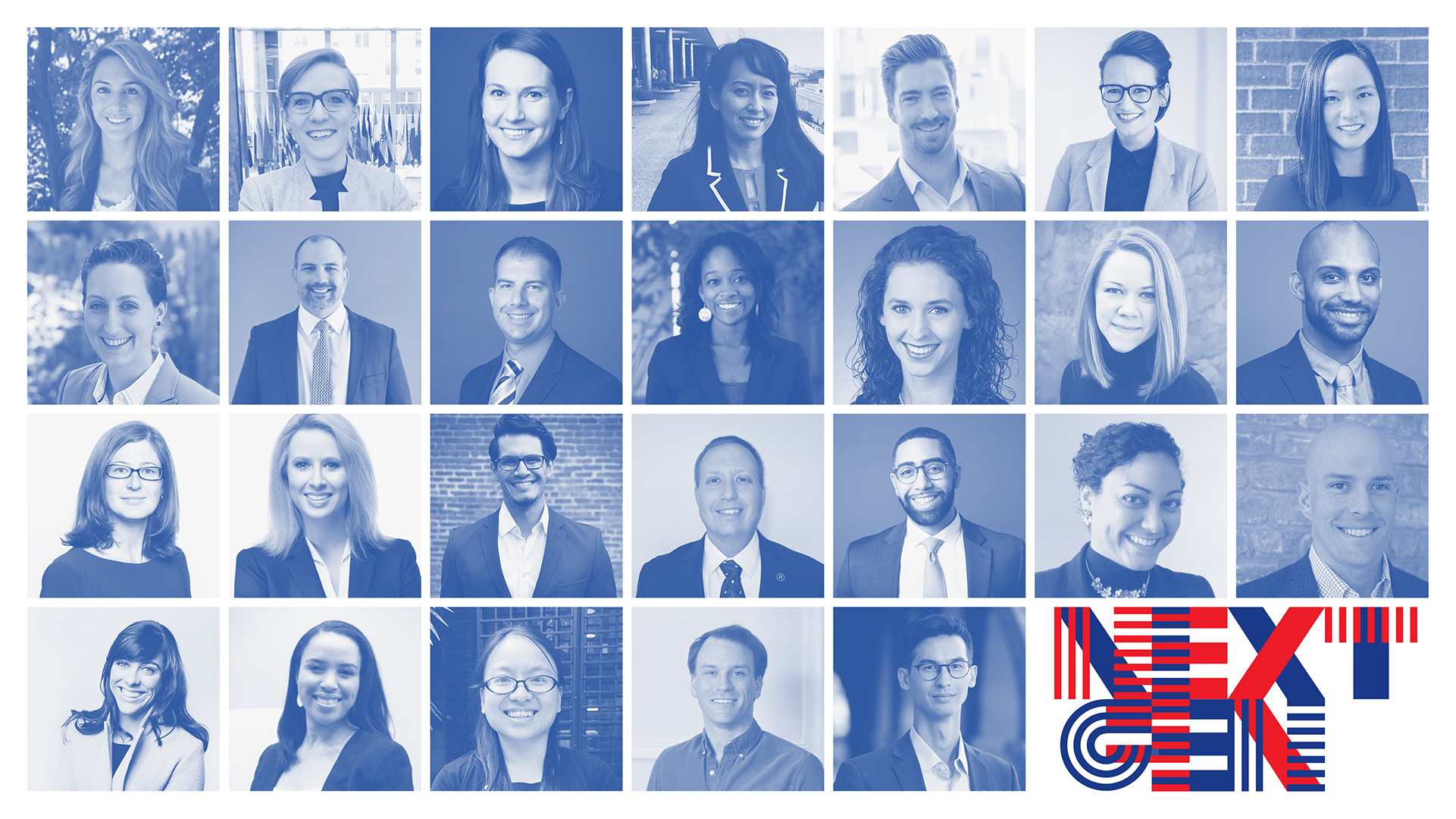 Every year, the Center for a New American Security selects a bipartisan group of 20-25 emerging national security leaders between the ages of 27 to 35 to participate in the Shawn Brimley Next Generation National Security Leaders Program. In June 2018, CNAS named the program in honor of Shawn Brimley, one of the founding members of CNAS, for his incredible contributions to the Center and the national security community overall. Shawn truly exemplified the ethos and mission of the program.

This year-long, part-time professional development fellowship aims to bring together young professionals across sectors within the national security field to learn best practices and lessons in leadership. Next Gen fellows will have the opportunity to engage with thought leaders on leadership principles and national security through various engagements, including a monthly dinner series. Past speakers include Secretary Madeleine Albright, General Stanley McChrystal, Secretary Jeh Johnson, Congressman Mike Gallagher, and Ambassador Bonnie Jenkins. The program culminates in a week-long international study tour to delve deeper into national security issues and leadership.